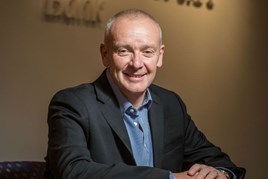 Aftersales care is set to be the area most significantly affected by the incoming Consumer Rights Act, according to research by Moneyway.

The motor finance provider’s ‘Industry MOT’ survey, which polls the opinion of over 100 car dealers on issues affecting the motor industry, revealed that 35% of dealers place aftersales care as the area most likely to be affected by the new legislation.

This was followed closely by complaints procedure and warranties, with just 13% suggesting that there would be no impact on their business.

John Simpson, managing director at Moneyway, a trading name of Secure Trust Bank, said: “With consumer confidence set to remain strong following the introduction of the Consumer Rights Act, it is inevitable that consumers will feel more confident to approach dealers with a view to buying their next new or used car.

“It is crucial therefore, that dealers continue to service customer needs and support the sale of the vehicle with a strong aftersales service and complaints handling process enabling them to sell more cars and retain more customers.”

Moneyway said that 90% of respondents to its survey had already conducted staff training to ensure compliance with the Act, 40% of businesses having identified greater transparency as their main objective when it comes to being prepared for the legislation.

Despite the overwhelming majority of dealers stating that consumer confidence will increase as a result of the Act, 78% did not expect there to be a dramatic effect on their sales, identifying the creation of a new approach one of the main benefits of the legislation.

Overall, the survey revealed that 70% believed the impact of the new legislation would be positive, compared to just 17% who believed the effects would be negative.

Last month David Bruce, director of AA vehicle inspections, considered the effect of the CRA’s short-term right to reject on dealerships in a guest opinion feature for AM. He wrote that many retailers were “grasping the nettle” and “looking at the new rules not just as a way to sell more cars more quickly but also make better margins due to the higher prices.”