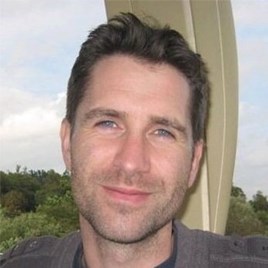 Over a million vehicles have failed MOT tests since the introduction of new test criteria by the DVSA in May, 2018.

The agency’s new, more stringent safety standards resulted in failures for the vehicles, which are said to pose an ‘immediate risk to road safety and/or serious impact on the environment’ as a result of defects.

A Freedom of Information (FOI) request made by car buying comparison website Motorway.co.uk in November 2018 revealed that 1,131,376 cars have failed their MOTs in this manner since May 20.

On average since May, almost a third (32%) of cars that failed, were classified dangerous ailures, it said in a statement.

Alex Buttle, director of car buying comparison website Motorway.co.uk, said that he had been “surprised by the high number of cars registered to drive on UK roads that are considered ‘dangerous’”.

Buttle added: “And these are just the vehicles that have been tested since the new rules came into play in May 2018.

“New car sales are currently falling at a dramatic rate, but the number of licensed cars on the road is remaining comparatively stable at around 38 million.

“This suggests owners are hanging onto cars for longer - and because of that, the UK’s used car stock will get older year on year unless that trend is reversed. That means more dangerous cars, requiring frequent safety checks.

“We could be heading towards becoming a ‘country of clunkers’. Only an uptick in sales of new cars will cause a higher percentage of older cars to start exiting our roads. Until then, we will likely see more and more older and dangerous vehicles clogging up our highways, cars which either need to be fixed by a mechanic urgently or headed for the scrap heap.”

Under new MOT rules, defects are categorised as either: dangerous, major or minor, and a vehicle will fail if it has a dangerous or major fault. With the old MOT your vehicle either passed, passed with advisory faults or failed.

Examples of ‘dangerous defects’ include:

●      Dangerous wheels - a wheel with more than one loose or missing wheel nut, bolt or stud or the wheel is distorted or worn to the extent it is likely to become detached

If a car fails because of a major defect, the repair needs to be made as soon as possible. However, the car may be driven if it is still roadworthy and the MOT is valid.