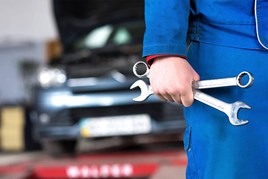 The Department for Transport has ditched plans to extend the wait on a new car's initial MOT from three to four years due to concerns about road safety, following Government consultation period.

A statement issued by the DfT, the Driver and Vehicle Standards Agency (DVSA), and roads minister Jesse Norman MP, said that Ministers had “put road safety first” as they today (18 January 2017) decided to maintain the period before a car’s first MOT test at three years.

Car retailers, the RMI and the IMI had been among the first to criticise the Government’s proposal, the prospect of a four-year gap raising concerns about road safety and the impact on aftersales business.

Stuart James, RMI director, said that, at the three-year period alone, the change would “see 400,000 unroadworthy cars on the road for another 12 months and no official mileage recorded until year four”.

He added: “This proposal would, without doubt, cost consumers more in repair costs, incentivise “clockers” and be detrimental to the UK’s excellent road safety record for no particular gain.”

The DfT had proposed three options for the future of MOTs, ahead of the recent consultation period:

Option one: No change, maintain the current period for vehicles requiring a first MOT at three years.

Option two: Extend the first MOT for all vehicles currently requiring an MOT at three years, to four years.

Option three: As option two, excluding vans in classes 4 and 7, where it will maintain the current MoT three year first test timing.

The Government's preference had been for either option two or three.

Today’s statement said that “most of those responding to the consultation were against the proposals on safety grounds”, arguing that the savings to motorists were outweighed by the risk to road users by removing an opportunity for workshops to identify current or upcoming issues affecting the vehicle.

A public survey for DfT by Populus also showed fewer than half of people were in favour of the change, it said.

Jesse Norman MP said: “We have some of the safest roads in the world, and are always looking at ways of making them safer.

“Although modern cars are better built and safer than when the MOT test was last changed 50 years ago, there has been a clear public concern that any further changes don’t put people’s lives at risk.”

Norman said that the Government would be looking at further research to ensure the MOT test evolves with the demands of modern motoring.

The test, which was introduced in 1960, requiring vehicles to undergo a first check after 10 years, was originally changed in 1967 to three years.

Government figures revealed that the pass rate was around 85% and the most common reasons for failure include lighting, tyres and braking faults.

Commenting on the Government’s decision to stick with an MOT test after the first three years of car ownership, Sue Robinson, director at the NFDA, said: “Following on from our determined lobbying efforts, the National Franchised Dealers Association, an association of the Retail Motor Industry Federation, welcomes the Government’s decision to ‘put safety first’ and maintain the first MOT test at three years.

“The NFDA had previously highlighted the potentially devastating road safety implications which extending the date of the first MOT from three to four years might have had. It is extremely positive to see that the Government has acknowledged this.”

The IMI trains 80% of all MOT testers currently operating in the sector, as well as partnering with other bodies to provide a solution that meets DVSA’s requirements.

With the DVSA introducing a higher pass mark for the annual assessment and the government’s decision to stick with a three-year MOT interval, Steve Nash, chief executive at the IMI, said: “Safeguarding vehicle technicians and the public by upskilling workforces is never a bad thing. The MOT sector has experienced a lot of changes over the last two years with the introduction of the annual training and assessment, and the IMI will continue to support the sector as we move forward.

"The Government’s decision to not increase the first MOT test to four years is a decision the IMI welcomes since the technology involved in these vehicles are always advancing.”

The IMI alerted MOT testers that, to maintain their tester status they must complete a minimum of three hours annual training and the annual assessment by March 31, 2018.

In addition, a record of training and an assessment certificate number must be sent through to DVSA before the March 31 deadline.