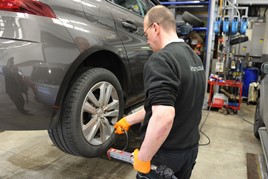 Franchised dealers are failing to sell almost half of the urgent jobs identified during the service process, costing them more than £400 million per year according to new data from autoVHC.

It found that the average dealership was unable to sell £82,000 worth of work that was identified as being urgently required, in a 12-month period – equating to £41 million for one group.

Chris Saunders, business unit director at autoVHC, said: “Dealerships are battling a particularly challenging market at present and this applies to the aftersales side of their business as much as it does to new and used vehicle sales.

“However, even when this is considered it is still disappointing to see dealers missing out on such large volumes of work.

“With 2018 also seeing a continued reduction in the number of vehicles presented at franchised workshops it is more crucial than ever before that aftersales opportunities are maximised.”

The electronic vehicle health check provider calculated that the sector missed out on as much as £401.8 million in 2018, despite the fact that the work identified could pose a serious safety risk if not addressed.

In 2018, autoVHC found the average dealership saw 520 fewer vehicles presented to its service department – a drop of more than 2.5 million vehicles in total across the UK’s franchised dealer network.

Though the drop was not as significant as in previous years, it continues a trend that further compounds the failure to sell such significant amounts of urgently required work.

Saunders added: “2019 is forecast to be another challenging year for the sector and a greater focus on converting these critical sales opportunities is therefore essential.” 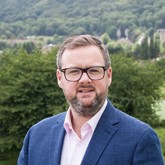 No car was ever sold or serviced without a conversation…

No car was ever sold or serviced without a conversation…

AM Poll
Are video appointments a better use of sales executives' time than face to face appointments? Please leave a comment.
Vote
View all
2360