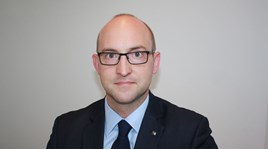 Seat UK has appointed Jason Coleman as its national fleet sales manager, stepping up from his former role as area sales manager.

Coleman has been with Seat for almost two years. He has also worked at Sytner Group, Mercedes-Benz and Allied Bakeries.

He said: “It is fantastic to be part of this brand, as we’re continuing our momentum in terms of developing a strong foothold in fleet with a compelling product portfolio including some of the best performers in their class in terms of quality and cost. With a line-up of vehicles like this at our disposal, we are determined to continue to build sales volumes and market share in preparation for the introduction of an SUV in 2016.

“Supporting our ambitious fleet sales growth plans, the just announced new Ibiza and new Alhambra will join two new Leon derivatives – the ST Cupra and four-wheel drive X-perience – in our model lineup, allowing the brand to appeal to an even more diverse range of fleet customers.”

Managing a team of seven, he will be based at the Seat UK headquarters in Milton Keynes for up to two days a week; the rest of his time will be spent with his team stationed around the UK.