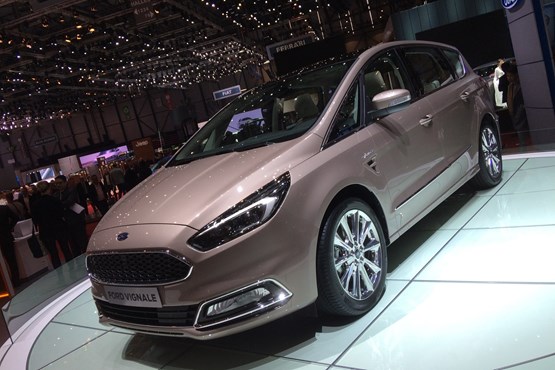 While a Geneva Motor Show stand dominated by a Vignale premium line-up soon to be occupied by S-Max and the new Edge SUV, as well as the existing Mondeo, reflected new levels of customer service for certain customers, plans to roll out mobile servicing look set to benefit others.

Piloted by Trust Ford Transit centres in the Greater London area last year the scheme now looks set to expand from eight to around 100 vans nation-wide and could even provide an emergency response for retail customers too.

Barratt said: “That is a possibility. The success of the scheme in our Transit Centres within the M25 suggests that there is clearly a demand for it and now we’ll be rolling it out to a far greater audience.

“It’s just one way we are hoping to improve the experience of our customers.

“Vignale is central to this. As well as giving us product to rival the premium brands and retain customers that might otherwise have reached a tipping point in terms of their aspirations with us until now, it also opens the way for a far broader array of services.”

Jim Farley, chairman and chief executive of Ford of Europe, announced at Geneva that Vignale customers would have access to a travel service offering access to an array of travel and lifestyle activities, including hospitality experiences at the Chelsea Flower Show in London and the F1 Monaco Grand Prix, and access to VIP premieres at the Cannes Film Festival.

Barratt, meanwhile, said that Ford’s GoDrive operation in London is another innovative way to endear the public to the user experience offered by Ford.

A hub-to-hub car sharing scheme, it charges users 17p-per-mile – inclusive of all costs – for the use of a Focus EV or Fiesta Ecoboost.

Another London pilot scheme, GoPark, meanwhile, is directing Ford drivers to available parking in their vicinity using data gathered from the movements of participating vehicles.

Ford is also pioneering autonomous driving and car share schemes in the US, but Barratt indicated that there were limits to the pace of innovation in the industry.

Asked about BMW’s online retail platform, he said: “Are they really selling many cars that way? Are transactions taking place on the internet? I’m not so sure. I’m fairly confident that we’ll be investing in our dealer network for a number of years to come.”

And while Ford has recently invested £2.9 billion in electrification, Barratt questioned some brand’s current rush towards alternative fuels. He said: “In the UK the technology is still in its infancy. For most people conventional fuels are still the way forward.

“We were pioneers with the one-litre Ecoboost and people have embraced that engine across the range. We have an electric Focus, meanwhile, but there’s no huge demand.”