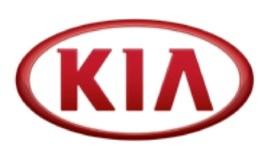 March’s new car market is forecast to be a record breaker.

At a brand and market briefing this morning with Kia Motors (UK) executives, the month was said to be up 5% year-on-year to near 500,000 units, establishing it as the best March new car market ever.

It will also be the second best month ever, Kia’s UK chairman and chief executive Paul Philpott told journalists – with only August 1997 beating it.

New car registrations in the first quarter of the year were said to be at more than 4% above Q1 2015.

Speaking ahead of the official figures’ release by the Society of Motor Manufacturers and Traders on Wednesday, said such a performance would see 2016 having sufficient pace to be a 2.7 million market, compared to 2.63m in 2015.

March looks also to be Kia’s best March in the 25 years the brand has been on sale in the UK with Philpott saying it had registered more than 16,200 new cars, beating March last year when it achieved 15,017.

“The performance is down to balanced growth in fleet and retail – each up 8% - and new Sportage, which went on sale on February 5. We’ve taken about 10,000 sold orders since then compared to 22,500 for full-year 2015 for the previous model.”

“But considering March’s performance, we could be looking at perhaps 85,000 units.”

Boosting the brand appeal alongside new Sportage is the Optima sedan ( to be joined by a wagon body style, plug-in hybrid in September and top GT spec in October), plus Kia’s first hybrid , the Niro, on sale from July.