Harcus Sinclair has applied to the High Court for a group litigation order to pursue VW Group UK for financial compensation due to the NOx emissions scandal.

It is appealing for private and business customers to join the case for free and said it already has details from 20,000 claimants.

It would not reveal how many of those are businesses, although those that AM sister title Fleet News spoke to said they would not be taking part.

John Pryor, chairman of fleet operators association ACFO, said its members have not mentioned the idea of pursuing compensation and he would not comment further on the case.

Meanwhile, the BVRLA declined to comment on whether its leasing or rental company members were planning to pursue compensation through the group litigation case.

Harcus Sinclair told Fleet News compensation could be worth £3,000 for each vehicle affected, but it was difficult to come to an exact number before going through the legal process.

A US judge has already approved a £12 billion settlement that will see VW Group compensate affected drivers in America between £4,000 and £8,000 dependent on the age of their vehicle.

VW Group UK said that it would take the group litigation case seriously but it would “robustly” defend against any claims.

The manufacturer maintains UK customers have not suffered a financial loss as a result of the NOx emissions issue and that any compensation claims are “premature”.

A VW Group UK spokesman said: “Technical measures have already been implemented in a large number of our UK customers’ vehicles.

“Importantly, for the vast majority of model variants for which final approval has already been provided, the relevant certifying authorities have confirmed that implementation of the technical measures has no impact on mpg, CO2 emissions, engine performance, maximum torque and noise emissions.

“Furthermore we expect no decline in the residual values of the affected vehicles as a result of this issue.”

'VW vehicles shoudn't have been sold'

Damon Parker, head of litigation at Harcus Sinclair, said the group litigation is being pursued on the grounds that customers were misled.

He said: “The allegation is that VW sold vehicles that did not meet emissions standards and as a result should not have been registered for sale.

“It’s important to make it clear that for many of our clients this is about more than just money. No one is going to get rich from this. It’s about making a stand and holding companies accountable so this sort of thing doesn’t happen again.”

Parker said businesses might not know they can take part in the legal action and eligibility depends partly on ownership, but also around any payments that have already been made towards funding an affected vehicle.

The Harcus Sinclair team is looking at enquiries on a case-by-case basis.

“It’s difficult to say how much compensation can be expected until we go through this legal process,” said Parker. “We are saying it will be several thousand per car at this stage to give an indication, but that could be a conservative estimate if we’re successful.”

Meanwhile, a spokesman for VW Group said the company is “broadly on schedule” with emissions fixes. It had fixed 350,000 vehicles in the UK as of January 2017 and the company is expecting to add a further 400,000 fixes to that total before February.

The Volkswagen Group spokesman said: “The number of completed technical measures is growing every day and we anticipate that all fixes will be completed by autumn this year.” 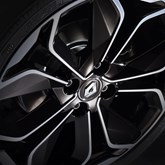