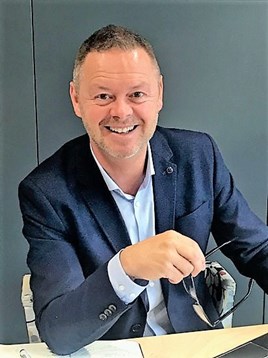 Mitsubishi Motors in the UK will open “12 car retail stores” in high-footfall shopping locations as it pushes towards a new omni-channel car sales strategy in partnership with Rockar.

Speaking at this week’s AM DigiTech conference at the Doubletree by Hilton Hotel in Milton Keynes, Rockar managing director Martin Sewell gave an insight into the Japanese brand’s plans alongside the business’ involvement in a new partnership on the High Street involving Next and Ford.

Answering questions from the delegates after a key note speaking slot at the event, Sewell revealed: “Mitsubishi is a good model to talk about. They have embarked on a strategy of going online. They have the platform and the licence from us and they are in the process of opening stores.

“The first one opens in two months and they are planning to open a further 11 stores across the UK.”

Mitsubishi has yet to confirm the location of its first store, to be created in partnership with Rockar and said that it was unable to comment on the number of future locations it might open.

However, operations director Paul Brigden told AM: “We can confirm that we will be opening our first store this year. We will be in a position to announce the opening date in the next couple of weeks. Upon the success of this, we expect further stores to follow.”

Sewell said that there was clear evidence that Mitsubishi’s strategy, which makes use of Rockar’s online sales platform with the business providing support and consultancy on the creation of the new stores in malls across the UK, would benefit the brand’s existing retail network.

He said: “Any sale that’s done in the store, and sale that a customer does either on the platform or from an existing retail location, dealer X will get the margin. So, when you saw our new to brand ratio of 80% with Hyundai imagine how many extra customers we could be pulling through that channel. That is going to support those networks.”

Sewell said the most recent phase in the development of the Rockar business had seen it drive towards becoming a facilitator of car retail stores and online sales as opposed to a retailer itself.

He did state, however, that while the Hyundai stores originally launched in 2015 had now been handed back to the Korean brand, to be operated by Motorline Group, it would continue to operate its Jaguar Land Rover retail facility at Westfield.

Ford’s opening, in July, of a retail operation in Next’s Arndale Centre store in Manchester has been brokered by Rockar, Sewell said, with recruitment of non-commission-based staff and consultancy on other aspects of the business being part of the agreement.

Sewell, formerly of the Volkswagen Group, Sytner, Ridgeway and HR Owen, said that the advantages of entering high-footfall shopping locations was clear for manufacturers and said that the faster both retail group’s and OEMs acknowledge car buyers’ desire to transact in a number of different ways, the better.

He added: “If you wanted to put or run your own store in the High Street or in a shopping mall it would cost a lot for 4,000sq-ft to make that happen.

“Through a partnership with a retailer like Next those costs can be halved.

“Those OEMs that get on board really quickly are going to secure themselves some great retail space to support they’re dealer network. The two things have to work in tandem. Having come from a manufacturer platform years ago I know that you have got a profitable sustainable distribution network and without that manufacturer’s operations will not remain viable.”

Rockar opened its first shopping centre-based car store with Hyundai Motors in 2014 when it added a retail location at Kent’s Bluewater shopping centre and added a second location with the South Korean brand at Westfield, in Stratford, in December 2015.

Its Jaguar Land Rover operation followed, a showroom and neighbouring aftersales facility opening its doors at Westfield in September 26.

Speaking to AM earlier this year, founder Simon Dixon said that its new High Street retail partnership model with Ford could pave the way to introducing car retail to more of Next’s 500 UK-wide stores.

Dixon said: “Next and many other high street brands are experiencing the same issue as traditional car retailers at the moment. More people are going online to buy from them yet the cost of operating high street stores remains high.

“I know the Next business has been speaking to many like-minded retailers with an eye to widen the appeal of their high street stores and offer another attraction for consumers, and I’m proud that we have been acknowleged as one of those businesses and can bring automotive retail right into the high street as a result.”