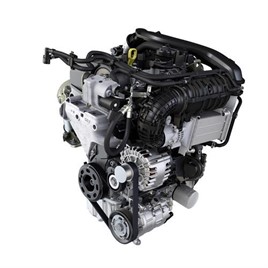 Volkswagen has outlined three new engine technologies that will feature in its next-generation of models.

Its strategy is to meet the CO₂ fleet emissions target of 95g/km prescribed in the EU as of 2020.

The first new system is a 48v mild hybrid. Volkswagen will initially launch this variant on the market for the next Golf. With the new 48V technology, Volkswagen aims to make hybrid drives affordable to an extremely large clientèle.

The drive systems reduce consumption and emissions while at the same time offering extra dynamism and comfort with an electric boost function. Volkswagen will gradually extend the electrification of conventional drives to the entire fleet. The next Golf represents the starting point in this worldwide electric campaign.

Volkswagen’s second premiere is a 1.5-litre TGI natural gas engine. It is based on the existing 1.5-litre TSI petrol engine, but is not destined for the UK market

Developing 130PS, the TGI will be sold in European countries where the refuelling infrastructure is more developed.

Diesel is still a significant part of Volkswagen’s strategy, despite other manufacturers abandoning the fuel.

It will launch a new 2.0 TDI diesel engine with a 12v mild hybrid drive. The new TDI engine promises extremely low emissions in all driving cycles with output ranges from 136PS to 204PS. 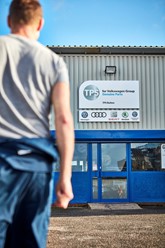