Suzuki, Toyota and Mazda are among the Japanese car brands that have agreed to work together to develop new connected car technology.

Working alongside Subaru and Daihatsu, the automotive brands will jointly develop technical specifications for next-generation vehicle communications devices and promote the common use of standardised connected car technology.

Under the new plans, connected service will be designed to connect via a common connectivity center using the same in-vehicle technology.

Other car manufacturers are independently developing connected services, in many cases where the same functions are provided. The Japanese brands believe they can provide more services in a shorter timeframe by working together.

At this time, Suzuki, Subaru, Daihatsu, and Mazda, while incorporating their own technologies into the base vehicle communications technologies developed by Toyota, will together build systems for next-generation connected cars with common connection specifications.

The car makers said they will openly consider collaboration with other like-minded partners regarding the joint development. 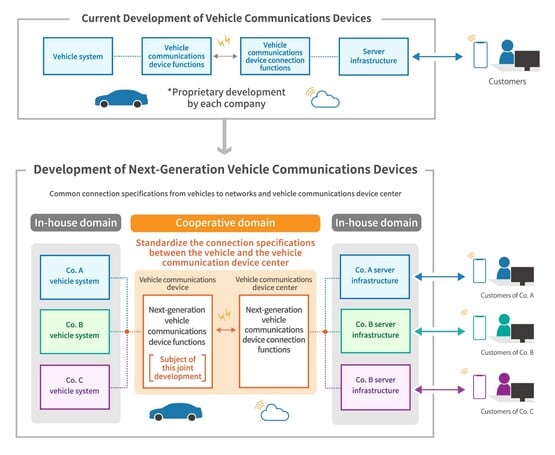 Connected services are becoming increasingly common, with the majority of new cars now equipped with some form of data sharing system. These services often include in-car entertainment such as music streaming, plus live traffic information and in-car WiFi. More recently, car makers have added the ability for owners to subscribe to new features on their vehicle where the hardware is already installed, such as Apple Carplay or Andriod Auto

New research shared with AM, however, revealed that 75% of car buyers do not want any kind of monitoring device in their vehicle, despite an acceleration of manufacturer’s efforts to exploit ‘surveillance capitalism’ through connected cars.

The editor of consumer website Parkers, Keith Adams, told AM that franchised car retailers would have to be hands-on in their delivery of advice about the capabilities of cars that track their owners’ behaviour on the road and the web as increasing numbers of OEMs look to monetise the data they gather.