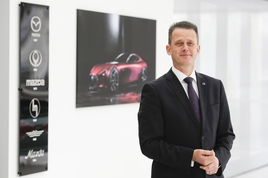 Mazda Motors UK is celebrating its 20th anniversary, following its inception on August 1, 2001.

The company was created to bring the UK market closer to Mazda’s global HQ, and now accounts for 16% of Mazda’s European sales volume.

Today, Mazda UK has 135 employees and a network of 122 dealers, while the 20th Anniversary of the business has also seen the launch of Mazda’s first battery electric production car – the MX-30 in the UK.

The first Mazda cars were imported into the UK in 1967 by Industria (London) Ltd. It officially launched the Mazda marque on September 30, 1969, at the British Motorshow.

A major project to create Mazda UK started in 2001 and, on August 1, 2001, Mazda Motors UK (MMUK) was founded. As part of the process, 49 staff from MCL Group transferred to the new entity, which from October 2001 was based in Dartford, Kent. As a result of the early 2000s Ford share-holding in Mazda Corporation, five directors were sent on assignment from Ford UK to the new Mazda Motors UK Ltd.

He said: “Over the last 20 years MMUK has achieved great things by being an organisation that’s nimble and filled by people emboldened with entrepreneurial spirit who work within a culture of hard work, team spirit and passion for the Mazda brand.

“Having come from a 12-year career with Ford, the early days at Mazda were very different and over the next few years we grew the team, strengthened the business, and with the help of a rejuvenated product line-up, built a strong dealer network and revitalised the relationship with media.” 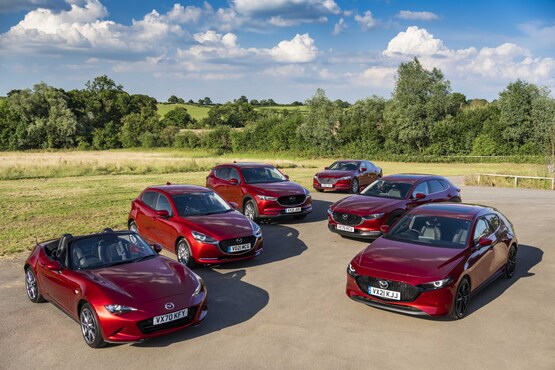 The business has since evolved alongside the launch of key global elements like Skyactiv Technology, Kodo Design and more premium oriented products. With the increase in SUV sales at the start of the 2010s, cars like the Mazda CX-5 have been crucial to Mazda’s success.

Moving into a new headquarters building in 2015, Mazda UK has in recent years faced the challenges of Brexit and Covid, plus the ever present task of working with exchange rate fluctuations.

Thomson said: “In the years to come, the focus will be on creating ‘One Mazda Europe’ to create an even more integrated and efficient organisation. We will embrace new ways of working, new technologies and use our precious resources more effectively.”

In 2018, Mazda UK franchisees took on the low-pressure ‘My Way’ test drive concept, which sees vehicles delivered to potential customers homes and businesses for the purpose of a test drive.

This was expanded last year, with the development of the Mazda ‘Your Way’ online sales platform. It allows potential Mazda customers to engage with their local dealership via live chat or a video product presentation and test drive a car delivered to their home.