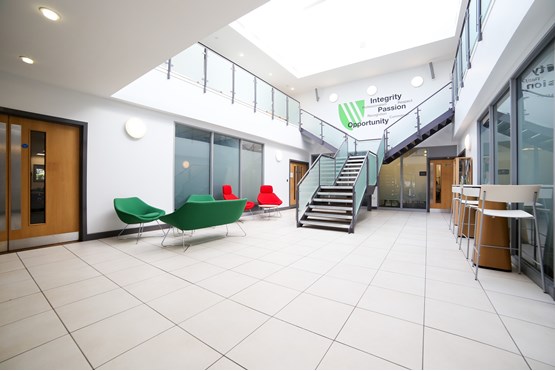 Vertu House on the Fifth Avenue Business Park, Team Valley, is home to the AM100 dealer group’s central support centre, to be used by 300 staff, all employed in the last four years.

At the opening Wharton said:  "It’s not easy to secure a turnover of over £2 billion a year and to have more than 120 dealerships under your umbrella. It is an incredible achievement, and it is an achievement that is being delivered from here in the North East of England.

Robert Forrester, chief executive of Vertu Motors, said:  “This major investment in the North East underlines the group’s commitment to the region and its positive impact on employment and the economy.

“In November 2006 the business operated from a small office in Newcastle and has grown to become a major success story for the North East, with turnover now exceeding well over £2bn.   We are proud of our heritage.

“We are pleased to be making a positive contribution to the ‘Northern Powerhouse’.”