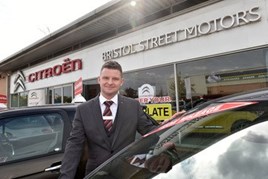 Vertu Motors has reported record profit before tax of £16.4 million from its half year trading period.

Vertu said it now anticipates its full year performance to be ahead of expectations.

Since March Vertu ended its relationship with Suzuki and refranchised the site in Mansfield with Renault and Dacia, to complement its existing operations in Nottingham and Derby.

It has also closed its small Peugeot dealership in Ilkeston, and sold its Dunfermline Peugeot outlet, leaving it with seven sites for the French brand, and this month it ceased sales at Cheltenham Alfa Romeo and Bristol Jeep while retaining aftersales operations, leaving it with one dealership selling these brands in Newcastle.

Other network changes include its sale of a freehold satellite Ford dealership in Horwich acquired during its takeover of Gordons of Bolton last year, a purchase of leasehold premises in Exeter to rehome its Hyundai and Renault van operations.