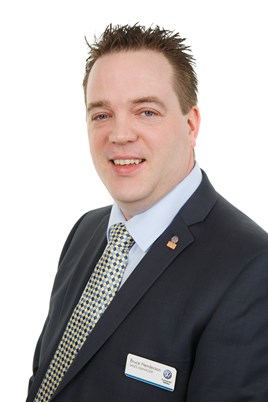 Bruce Henderson, has been appointed head of business at Swansways’ Volkswagen Van Centre in Birmingham.

He has been promoted from the AM100 group’s van centre in Liverpool, awarded the UK’s top van centre accolade by Volkswagen in 2015, as well ‘best customer satisfaction’ winner.

He said: “I have the on-going support of Swansway Volkswagen Commercial Vehicles’ brand director, David Cowan, who has encouraged me, every step of the way.

“A big thank you to him and to Swansway. Its desire to promote from within, wherever possible, has helped my career progression enormously.”

Swansway is enjoying its second year as Volkswagen Commercial Vehicles 'dealer group of the year' and has Volkswagen Van Centres in Preston, Liverpool and Wrexham, as well as Birmingham.