The AM100: latest research into the vitality of the most powerful UK franchised dealers 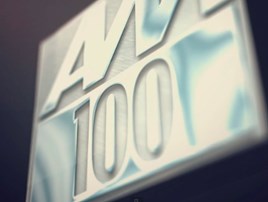 Last night at a black tie dinner in the heart of London our editor Tim Rose revealed the new, Spring AM100 countdown, backed up with analysis and insight into the financial health of the most powerful UK franchised dealer groups.

The new AM100 countdow will be published in the next issue of AM, out at the end of next week, and published on this website at the same time.

Here is Rose's speech given to just under 400 guests at the Park Plaza Riverbank Hotel.

“What a hectic few weeks it’s been in the automotive retail sector.

As we were putting the final touches to the final pages of the AM100 report, Marshall Motor Holdings announced its takeover of fellow AM100 group Ridgeway, in one of the biggest ever automotive deals.

We were able to make the last minute amendments to ensure the tables were up-to-date – and then last week Hendy purchased Lifestyle.

Unfortunately, that one came too late for this year’s AM100.

Over the course of the past 12 months, acquisition seems to have stepped up several gears. We have returned to the large-scale purchase commonplace in the last decade, rather than the piecemeal buying seen in more recent years.

Since last year’s AM100, eight members – including Lifestyle – have been acquired by fellow AM100 groups.

That’s the same number as in the previous five years.

They include two top 20 groups in Benfield, which was bought by Lookers, and Ridgeway, now part of Marshall.

Marshall chief executive Daksh Gupta knows Ridgeway well, having been its managing director in 2008 before joining Marshall when he retained a non-executive role on its board.

In monetary terms it is the biggest deal in the sector for more than 10 years - and the fourth biggest ever behind the acquisitions of Reg Vardy, CD Bramall and EMH.

Despite mergers consolidating some of the larger groups within the AM100, the entry threshold to the top 100 has risen.

“Despite the pressures that pre-registering can have on margins, not least funding and storing cars, many AM100 retailers saw their profits improve during 2015”

The £130 million turnover required to secure 100th spot is actually £14m up on last year.

In terms of revenues, the major groups have enjoyed a great deal of success over the past 12 months, although there were some blackspots with nine groups seeing revenues fall, compared with just three in 2015.

That is a slight fall in the rate of growth on the past two years, at first glance surprising in the light of the record registrations in 2015.

There was also a declining trend in the groups which achieved turnover growth of at least 20%. This year there were 15, compared to 22 last year and 23 the year before.

Nevertheless, the geographical scale of the AM100 continues to increase. They now represent 2,935 dealerships, a proportion of the total UK network that has risen by almost 6% year-on-year.

The AM100 now accounts for 41% of the UK’s total dealerships.

There remain 12 billion-pound groups, although Mercedes-Benz Retail has been replaced by Group One after it sold two market areas to new entrant, the Hong Kong-based Lei Shing Hong.

Group One acquired fellow AM100 group Spire Automotive, making it the second US-owned group in the top 10.

No doubt, they will have a particular interest in next week’s Brexit vote.

While some were simply pro the idea of remaining, many considered that the possibility of an adverse economic outcome to leaving was not worth the risk

In 2015, we saw new car registrations hit a record high.

And AM100 retailers accounted for 54% of them – the highest ever share.

He predicted that the outlook “remained positive in 2016”.

In truth, 2015 owed as much to discounting and pre-registration activity designed to hit quarterly bonuses as it did the low interest rates and robust residual values which allowed companies to offer extremely competitive funding rates to retail buyers.

Those rates also made the practice of persuading customers out of their cars a year early and into new shiny models much easier, effectively inflating the sales stats.

Despite all that activity, the private market increased by less than 2.5%.  But fleet was up by almost 12% to a record 1.3m units.

Cars registered by manufacturers under their own employee schemes saw the biggest increase, up almost 22%, followed closely by contract hire, up 21% to almost 410,000.

Sales to fleet end users and bodyshops remains the biggest sector. It was up 5% to just over 446,000.

Together, those six manufacturers added an extra 23,000 units to daily rental.

So what about those retail sales – how many were genuine?

Well, up to 20% were preregistrations according to some dealers, who point to this proportion of registrations occurring on the final day of the month.

It has also continued into this year.

However, despite the pressures that pre-registering can have on margins, not least funding and storing cars, many AM100 retailers saw their profits improve during 2015.

Swansea-based CEM Day led the field, as it has done for several years now – setting yet another AM100 record of 4.4% return on sales.

Its family-run management team has been quick to identify new profit sources over the years.

In addition to its showrooms in South Wales, CEM Day has an in-house finance company and operates a profitable national contract hire business and a daily rental division which provides it with quality used vehicles.

The traditional marker of 2% return on sales was achieved last year by almost one quarter of AM100 groups.

Meanwhile, the top 10 for profit before tax is dominated by large groups: Arnold Clark leads for the third year, ahead of Sytner, Pendragon, Lookers and Vertu.

But strong regional operators are there too. Glyn Hopkin, a group set on hiring the right people and always challenging them to do better, ranks only 32 by turnover but has generated the seventh highest profits.

There’s much cause for optimism.

However, there are headwinds: 2015 was a good year, but risks becoming overshadowed by a number of factors, not least the uncertainties caused by the European referendum on June 23.

Many of those who so kindly volunteered the information that makes assembly and analysis of the AM100 possible also answered a number of questions posed by AM in the questionnaire.

One of those concerned Brexit and the overwhelming majority of replies reflected a wish to remain in the European Union.

The range of reasons was interesting.

While some were simply pro the idea of remaining, many considered that the possibility of an adverse economic outcome to leaving was not worth the risk.

Few considered that the argument was strong either way, or the available information comprehensive, and so would make their decision based on an aversion to uncertainty.

One response sums it up neatly – “Heart, Brexit; wallet, in”.

This year’s AM100 has highlighted a potentially worrying trend in the balance of sales between new and used.

Many groups are taking used cars more seriously, but the used-to-new ratio, which had been climbing since the recession, has now fallen for the last two years.

It may be no coincidence that these are the years of increased pressure on new car sales targets.

The industry is not getting any less complex.

The demands placed on staff to do their jobs while coping with additional processes, many related to carmaker initiatives, increase yearly.

But the number of staff employed increases less swiftly than the demands of additional complexity.

If the additional strain, workload and cost cannot be justified by a commercial return, and a real change in how customers view the business, then the industry is storing up some serious problems

The number of new and used car units sold increased by 8%, but the number of staff by less than 6%.

This translates into 24.2 units per employee this year versus 23.7 last year. This may not seem much, but contrasts with a figure of 19 cars per employee fewer than 10 years ago and continues the trend.

People are being required to do more with less, each year.

As a concept, doing more with less is entirely laudable. But it can only be achieved sustainably by changing the way things are done.

And it can only be done to the benefit of the business and staff if the changes are actually valued by customers.

If the additional strain, workload and cost cannot be justified by a commercial return, and a real change in how customers view the business, then the industry is storing up some serious problems.

Customer service is considered to be the key metric by manufacturers and it seems much change is required to get the car retail industry up to their required standard.

We’re seeing greater transparency, such as videoing of health checks. And retailers are investing heavily in showrooms to make them welcoming places with new-look innovations and digital things to interact with.

The premise is that if retailers do all these things, then customers will be delighted. And if customers are delighted, then they will be more loyal, which will lead to more profitability.

The trouble is, that premise is flawed."

> The reason why will be revealed in the AM supplement with the forthcoming issue of AM.

AM100 video: interviews with senior automotive executives conducted on the night of the dinner