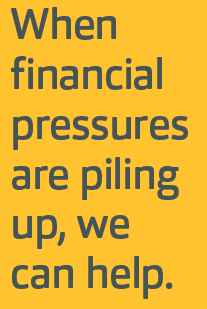 Ben has launched a budgeting tool on its website.

A wealth of other information about debt management and budgeting is also available on that part of the site and, later this month the organisation will launch a benefits calculator.

Ben will also be giving top tips around the main financial concerns affecting people using its social and mailing channels.

Zara Ross, Ben chief executive, said: “It’s very important that we talk about financial health as this is a key part of a person’s holistic wellbeing.

“The fact that it is consistently the biggest concern for our clients means that the industry needs to understand this is an issue.

“This is why, at Ben, we talk about the importance of holistic health and wellbeing, because one problem often has a knock-on effect on other areas of a person’s life. The four pillars of health and wellbeing (financial, social, physical and mental) are inextricably linked.

“Over the past few months, we have also seen an increase in demand for our services, so we felt that it was important to extend our helpline opening hours, so we are now open from 8am-8pm every day, including Fridays.

“We look forward to providing even more information and advice on financial health and wellbeing to the automotive community over the coming months to help people deal with the challenges they may face.”

In addition, aligned to the financial campaign, Dave Garrett, Ben’s business change analyst, has taken on a challenge with the aim of covering 4,000 miles this year via a mixture of walking, swimming, running, kayaking and cycling.

Garrett is doing this to raise money and awareness for Ben and aims to cover 1,000 miles each quarter, in line with Ben’s focus on the four pillars of health and wellbeing: financial, social, physical and mental.

Each 1,000 miles he covers will represent one of these pillars.

To make the challenge harder, Garrett is adding elements to signify the burdens felt by those experiencing challenges relating to these four aspects of wellbeing.

The first 1,000 miles of his challenge represents the financial pillar and, because of this, he has started with a debt of 160 miles.

He has to increase his mileage each week to pay off this ‘debt’.

> Donate to the challenge

Ben has seen an increase in demand and its figures for July - September 2016 showed a 51% increase in requests for help from the quarter before, which included calls to the helpline, emails and referrals from other organisations.

During this time, 49% of requests for help to Ben were from people concerned about their finances.

Low income accounted for 71% of financial-related requests for help last year – this is an increase of 541% on 2015.

The new campaign has launched on Blue Monday which is said to be ‘the most depressing day of the year’ due to debt, winter weather, and post-Christmas blues.