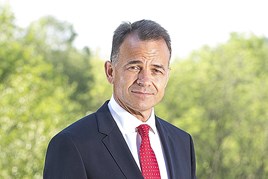 McLaren Automotive is eyeing two franchise open points as it targets a further 20% growth in sales during 2017, its executive director of global sales and marketing revealed to AM.

During an interview at the Geneva Motor Show, where the brand unveiled its new 720S coupe – a replacement for the 650S in its Sports Series product line-up – Nash revealed that the brand is still pushing forwards after achieving 100% growth last year.

And the manufacturer’s plans include new retail locations, with a hope to add two new sites to its current six UK franchises.

Nash said: “Last year we fulfilled our goal of achieving almost 100% growth in sales and this year we anticipate we will close-in on 4,000 sales, which is a further 20% rise. That’s not inconsiderable.

“The growth has shown that there are places where we could accommodate new franchises and we currently have two open points which we are exploring in the UK. We are hopeful of adding dealerships in the North of London and the North East.”

The rise came as Rybrook added the brand’s sixth retail location, at Cribbs Causeway, near Bristol, and the brand introduced new 540C and 570GT models to its Sports Series line-up.

Nash said that McLaren’s Automotive’s rapid growth as a luxury manufacturer has been a success for its dealers and UK manufacturing alike.

As sales continue to rise, Nash said that the opportunities for retailers was becoming more apparent, with retailers able to bolster their profits further with a thriving aftersales and approved used operation.

He said: “Aftersales is not fully established, but it is constantly growing.

“We have forecast that our car parc will grow by 300% from today to 2022. Picture being a retailer than and it’s clear exactly what opportunity we are offering our retail partners.”

Nash said that the current economic climate was good for McLaren, a weak pound making for stronger profits as the brand exported 90% of its product in 2016.

But some uncertainty remains, with 42% of the components needed for the new 720S sourced from outside the UK.

In January, McLaren Automotive did announce the creation of a new plant at the Advanced Manufacturing Park between Sheffield and Rotherham, South Yorkshire, which will manufacturer the Monocell and Monocage carbon fibre chassis which lies at the heart of the car, however.

Nash said that £35 million facility, which will create more than 200 new jobs and is the company’s first bespoke facility outside of the McLaren Technology Centre campus, was a show of the brand’s commitment to UK manufacturing.

He said: “McLaren is renowned for its investment in UK Manufacturing and this latest development is an extension of that.

“There is an excellent centre of competency at the AMRC and it makes sense for us to be involved with that. There’s nothing saying that our operation must be confined to the McLaren Technology Centre.”

Rybrook plans for Rolls-Royce and McLaren service centre in Solihull

Rybrook plans for Rolls-Royce and McLaren service centre in Solihull