Robin Luscombe: Video is a ‘priceless asset’ in building trust 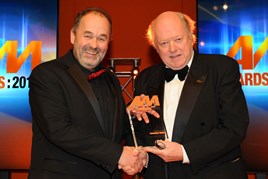 Luscombe Motors’ video marketing strategy may have been born of a “suck it and see” approach, but it has become a key component in differentiating the business from PLC rivals.

Robin Luscombe, managing director, has bolstered the personal feel of his website’s homepage with an introduction to the business and numerous on-camera testimonials from customers. From its tentative first steps in front of camera two years ago, the Leeds-based Suzuki and Mitsubishi retailer said video is now central to the business’s online identity. 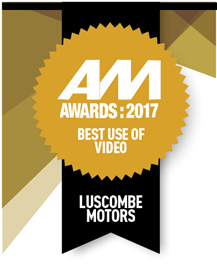 While Luscombe said determining  how many leads result from video was “impossible”, he considers it a “priceless” asset in developing trust and advocacy.

“A couple of years ago, we dabbled with video in quite an amateurish way, but the value of the exposure it offered was clear and it was quick, easy and free to produce,” said the down-to-earth Yorkshireman.

Luscombe said he was keen to be the recognisable face of his business, but partnered with social media expert Neil Weightman, of Digital Media Solutions, who helps to produce regular content. Luscombe schedules quarterly sessions to create videos to populate the site and social media feeds throughout the year.

He said: “Neil is from outside the industry and his expertise lies in knowing what people respond to online.

“It would have been easy to set out trying to do something ourselves and be too focused on the cars and risk boring people.”

A recent video on the new Suzuki Ignis generated 17,500 views via Facebook and 2,000 “engagements” – people who actively sought out the video after an initial viewing.

The challenge moving into 2017 is keeping the content fresh, according to Luscombe. He said: “They’ve changed the format of Mrs Brown’s Boys and I didn’t like it before, but it’s rubbish now. You can try too hard for something new, but that’s what we have to do.”

Luscombe acknowledges that his videos are “not BBC-quality”, but said that kept them more “honest”: “We’re a local business selling cars, not a glitzy PLC, and that’s our appeal, that’s how we define ourselves.”

The business does take an analytical approach, carrying out A/B testing to ensure the content engages customers.

It also creates videos for specific demographics using Facebook’s “tracker pixel” to embed videos into the timelines of potential customers. One video-led campaign for the Suzuki S-Cross also retargeted people who had watched at least 75% of a video, delivering a second with fresh content.

Luscombe also employs CitNOW video in his workshops – something he believes franchise partners Suzuki and Mitsubishi will make mandatory – and has teamed up with Aberdeen-based 360fortheforecourt.com in developing online tours of used cars.

Luscombe is prioritising used car video content for 2017 as it eyes an eighth year of growth and a £1 million operating profit.

It aims to sell 2,000 vehicles and is currently realising a 4.5% return on sales.

Luscombe said: “We’ve sold 2% of all Suzuki Ignis models since its UK launch and, so far this year, our Suzuki orders are up from 355 to 408.