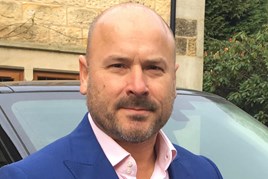 Car dealers have boosted the number of sales they make upon an initial customer enquiry by 41% during the past year, according to enquiryMAX.

Sales staff are becoming more efficient at managing the sales process according to data compiled by the customer contact specialist which found that the average number of vehicles sold on the first enquiry by dealers increased from 19.3 in April 2016 to 27.3 in April 2017.

“Customers first visit to the dealership means they are ready to buy because they’ve already researched the vehicle they want, played with the car configurator and sourced a target price.

“Managing that sales lead effectively mean not only closing the deal but also building a lasting relationship that will maximise revenue over the long term.”

The study among enquiryMAX customers also shows that dealers got proactive in April in chasing customers, with a 61.3% increase in enquiries coming from internet and email market.

PCP remained the most popular form of dealer finance with only a slight decrease between March and April from 36.9% to 34.7%.

New sales dropped by 5.6% over the same period, reflecting the wider market trend that saw new sales decline in April following a record March due to factors such as the change in VED rates.