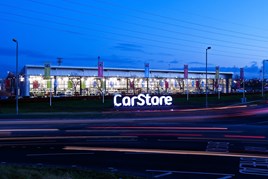 At 70,000 square feet it is one of the largest car dealerships in Scotland.

Peter Vardy, chief executive of the  group, told The Courier: “The CarStore Dundee builds on the success of our Hillington venue and is designed to be a destination dealership.

“When the doors open, I look forward to welcoming the people of Tayside to a new way and, the best way, to buy their next car.”

The new development has created more than 100 jobs in sales, vehicle repair, maintenance and support services.

The development on Dunsinane Industrial Estate has been built on site of the former Valentine’s Card Factory, which has been empty for more than 20 years.

Councillors approved plans for the car superstore in April last year despite being contrary to the local business plan.

Peter Vardy opened its first car supermarket in Glasgow in 2014 and it sold more than 3,500 vehicles in its first year, rising to 4,000 in the 12 months after that.

The company has said it does not expect such returns immediately in Dundee, with the first year likely to be  about “establishing” the dealership,  but it hopes to swiftly become a  major player in the city and wider area. 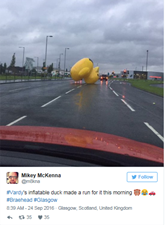