Pendragon will dispose of its US-based retail group and begin the reduction of its premium franchises in the UK as part of a revised business strategy.

The group’s new strategy will see the disposal of its five franchised outlets – with Jaguar Land Rover, Aston Martin and Chevrolet – with its California-based Hornburg group and a reduction in the representation of premium franchises which fall within its Stratstone business on UK soil.

In statement issued via The London Stock Exchange Pendragon chief executive Trevor Finn said: “Following our strategic review, we have focussed on reshaping the business to accelerate transformation and ensure capital allocation is optimised across the group.

“The actions I am announcing today are a further step towards achieving our strategic objectives.

“I believe this strategy will provide more reliable and sustainable returns.”

Pendragon said that it hoped to realise £100 million proceeds before tax from the US disposal.

The disposals will happen over a three-year period, Pendragon said, and would hope to yield a further £100 million return.

Pendragon said that its “focus for growth” would remain its used car operations.

The group will continue to drive investment to complete its national network of Evans Halshaw Car Stores to achieve the doubling of used car revenue by 2021.

A senior executive will also be recruited to lead all aspects of our UK used car operations, it said.

Clarification of the top AM100 group’s future strategy follows a profit warning issued on October 23 in which the group revealed that its expected its underlying profit before tax for 2017 would to fall over 20%, from £75.4m in 2016 to £60m by the end of the year. 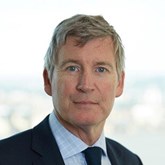