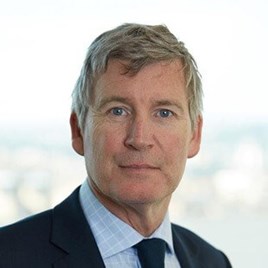 Pendragon chairman Mel Egglenton stepped down from his position as the PLC issued its forecast of falling profits in 2017.

A statement issued as part of a London Stock Exchange trading update for Q3 revealing an anticipated 20% fall in underlying gross profit for the year, said that Eggleton (pictured) had stepped down as chairman and non-executive director for personal reasons, with immediate effect.

Egglenton, who has been in post since May 2013, will be replaced by Chris Chambers, a non-executive director since January 2013 and the senior independent director since November 2014.

Egglenton said: “I am pleased to have led the development of Pendragon since being appointed chairman in May 2013 and feel that we have achieved much in a challenging retail environment.

“I am confident that in Chris Chambers, we have a chairman whose skills and experience are ideally suited to the next stage of the Company’s development”.

Chambers said: “Mel’s sound guidance and firm leadership have been invaluable to the development of the company’s strategy over the past four years.

“I look forward to working with the Board and the executive team in the next stage of the company’s development.”