AM Awards 2018 finalists - and event preview

The judging for the 2018 AM Awards, UK motor retail’s most credible accolades, has been completed and the shortlist of finalists revealed.

The AM Awards 2018 will be held at the ICC in Birmingham on February 8 and will acknowledge high achievers in 23 categories.

New awards include Best Social Media Strategy, Best Digital Campaign, New Retailer of the Entrants can include companies and individuals and previous winners range from single-site operators to the biggest national dealer groups.

The finalists in each of the 23 categories are given below, plus details of the night’s entertainment.

AM and our auditors BDO look forward to welcoming you to the most glamorous event of the year.

For more information or to book your places go to am-awards.co.uk. 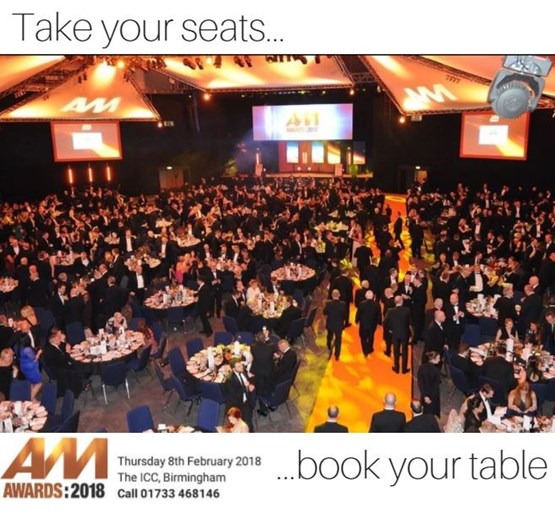 2018 AM Awards categories and finalists

Digital Retailer of the year - sponsored by Autino

Sales Team Of The Year - sponsored by Barclays Partner Finance

New Retailer of the year - sponsored by DSG Finance

DP/GM of the year - sponsored by Perfect Placement Automotive Recruitment

Manufacturer of the year - sponsored by carwow

Retailer of the Year – sponsored by Black Horse

Chosen by the judges from winning retailers

Business Leader of the Year - sponsored by Premia Solutions

Chosen by the judges

Used Car of the year - sponsored by Car Care Plan

New Car of the year - sponsored by Supagard

Franchise partner of the year - sponsored by Car Finance Giants

AM Hall of Fame – sponsored by Shell UK

For over a decade Steph McGovern has reported on business and finance from around the world; from international summits to small business success stories.

She is an established part of the BBC Breakfast team, covering business developments daily, and also regularly taking to the sofa as main co-host. 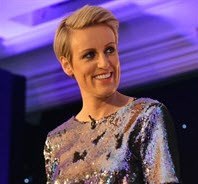 During the financial crash Steph (left) was the lead producer of financial news, working with then Business Editor Robert Peston at the forefront of the award-winning coverage of the credit crunch and banking crisis. She soon began broadcasting herself, and Steph has presented on 5Live, Radio 4 and on the Chris Evans show on Radio 2.

Speaking to factory workers and FTSE 100 CEOs, Steph’s mission is to uncover and explain what’s going on in the real economy.

Known as Britain's best hoaxer, Nelson has hit the headlines for a series of controversial live stunts over the years, from handing Theresa May her P45 at the Tory conference in October, to showering Sepp Blatter with banknotes at the Fifa press conference in 2015.

He has headlined Glastonbury with Kanye West by storming the stage and placed a banner on Philip Green’s luxury yacht, renaming it the BHS Destroyer. 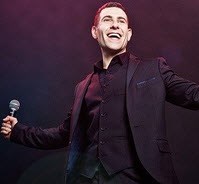 As well as keeping the nation entertained with his pranks, Nelson has taken five hit shows to the Edinburgh Fringe Festival, had 3 successful TV shows of his own and hosted Live at the Apollo.

2018 entertainment Once the awards and Lee Nelson have finished the cash bars will open. Guests wanting to network in a quieter location, then the chill-out lounge is the place for you.

Game on at Casino Aston Barclay.

After the awards, come and have some fun at the Casino Aston Barclay.

You will be staking fake funds so your wallet is safe, courtesy of the team from Aston Barclay who have swapped the gavel for casino chips. Don’t forget your £100 game note from your table to exchange for chips. 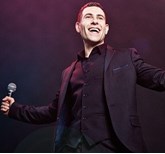