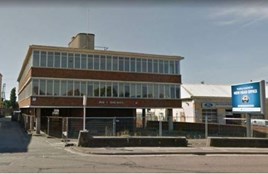 Snows Motor Group has been given the green light to create a new headquarters in Southampton after submitting plans which incorporated a less vibrant exterior colour scheme.

Planners at Southampton City Council had rejected a proposal for the three-story 1960s office building on Third Avenue, Millbrook, 12 months ago, but gave the go-ahead to the retail group last week following revisions to the design of the exterior cladding.

A document from within the planning documents revealed that the revised proposals made use of a "reduced pallet of colours" and would now "sympathetically address the street scene and character of the area", Insider Media reported.

Planners had urged councillors to consider the appearance of Snows’s new offices when granting permission for the development.

Documents stated that the building was currently “an attractive example of 1960’s design and, although it is not protected, makes a positive contribution to the street scene”.

They added: "The council would not want to see the alteration of this building unless the resulting design was a positive addition."

Stephen Snow, group chairman of Snows, said: “We revisited the plans to better reflect the council’s wishes for an exterior which sympathetically addresses the street scene.

"This is an exciting time for the company as we continue to grow the brand, with Southampton very much our head office and where the Snows story started 55 years ago with my late father Geoff Snow.”

Snows has been embarking on a period of investment in its franchises with the opening of a new Fiat and Abarth facility in Sarisbury Green, near Fareham, and the addition of Peugeot Newbury and a Mercedes Vans franchise, in Exeter, in the last month alone.

Accounts for the year to 31 December 2015 show that the group realised a turnover of £219m.