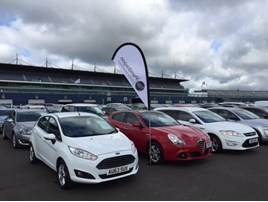 It will now hold weekly sale events at Rockingham, which are achieving an average 84% conversion rate and an average 97% of CAP clean for all auction vehicles.

The group reported record growth of 28% last year, its best year ever, which it believes is due to a host of new contract wins including Zenith, Toyota & Lexus Remarketing, Alliance Asset Management and major dealer group part exchange business.

City Auction Group’s managing director, Michael Tomalin, said: “We have worked hard over the last 12 months to broaden and deepen our range of remarketing services and have been able to extend major contracts and win new corporate clients.

“Our facility at Rockingham is growing with industry recognition, as a best-in-class auction facility in the UK.

"We have seen dealer attendance rise by 36% in 2017 and we are attracting buyers from across the UK and Ireland.”