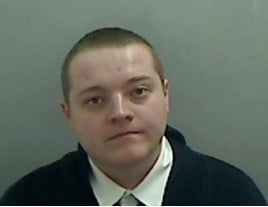 Luxury cars and four houses have been retrieved from a one-time junior accountant who defrauded employer Evans Halshaw of £2.7 million in a two-and-a-half year fraud spree.

Alan Curry funded a flash lifestyle and lavished family and friends with gifts as he siphoned money from the Pendragon-owned retail group by creating false invoices and email trails into its accounting systems before transferring the money into bank accounts controlled by him, the Newcastle Chronicle reported.

Curry, now aged 25 and from Seaham, near Sunderland, started the scam in 2014 as he struggled with payday loans and told family that he had won the money gambling.

But after Evans Halshaw staff uncovered the fraud, he admitted fraud and was jailed for six years at Teesside Crown Court in December last year.

Now Pendragon has begun to successfully reclaim some of its losses through a civil action.

The Newcastle Chronicle reported this week that £1.2m worth of assets had so far retrieved as a result of the move, with cars and houses among items seized from Curry.

Judge Sean Morris made a confiscation order on that amount, adding that a further six months would be added to Curry’s jail sentence if he did not repay the cash within three months.