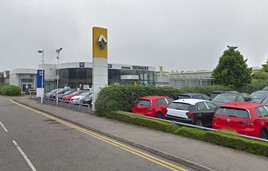 Hendy Group has followed up expansion in its South coast home territory with the acquisition of Hampshire-based Seward Group.

Chief executive Paul Hendy said the purchase of the group, which has two dealership locations in Portsmouth and Havant, was a strategic move for the company and consolidates Hendy’s strong position in the area.

“The Portsmouth region is hugely important for Hendy where we already operate a number of dealerships and our existing Car and Van Store,” said Hendy.

“This acquisition expands our franchise operations in the area and brings on board a strong new, used and aftersales business.

“We are delighted to add these new locations to the Hendy Group portfolio. We already operate franchises for Renault, Dacia and Suzuki and this acquisition strengthens our relationships with these companies.”

In May last year, Hendy announced its acquisition of Unbeatablecar Portsmouth, which became a used car and van centre for the business. Three new dealerships have also been developed in Eastleigh, Hampshire.

In October Hendy launched a recruitment campaign to attract 18 new members of staff to its new £9m Honda, Kia and Mazda dealership development in Eastleigh.

It is currently refurbishing its Leigh Road premises which is set to be relaunched as a FordStore.

The group also has plans to open its Dorset-based Car Store used car showroom in Ferndown, which will join the recently-opened Tunbridge Wells-based Mazda.

With the addition of the Seward Group, Hendy now has 57 franchise outlets across 30 locations and employs more than 1,100 people in Hampshire, Sussex, Surrey, Kent and Devon.