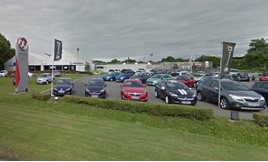 Slaters of Abergele is preparing to reduce its car retail business to two franchised sites with the closure of its Anglesey Vauxhall dealership next month.

The family-run Welsh franchised group, which closed its Citroen and Nissan franchises in its home town back in March 2018, resulting in 68 redundancies, has announced that it will close the business on March 15.

The Llangefni site employs a workforce of 10 and the group told the North Wales Chronicle that some of those would be relocated to its remaining Slaters Vauxhall garages in Llanwnda, near Caernarfon and Colwyn Bay.

In a statement issued to local media and its employees, the company’s directors said it was with “regret” they were announcing the closure and revealed an offer for the site had been received from neighbouring business Huws Gray.

The statement from the directors of Slaters Vauxhall (NW) said: “You will be aware that the entire motor trade has been in distress for the last couple of years and Slaters has recently endured the most challenging and difficult period in its long history.

“2018 saw the closure of our sister sites at Abergele and Mochdre, drawing a line under our huge pension deficit.

“We are adapting and moving the business model to run on just two sites and increase our online offering, while still offering dealership coverage across the breadth of North Wales.

“Our site at Llangefni has the highest proportional costs including local business rates of any of our three sites.”

The statement added: “We will do everything we can to support our colleagues at our Llangefni branch during this difficult period and we of course want to reassure our customers that this strategic move does not in any way affect our Vauxhall business’ ongoing commitments to them.”

Slaters of Abergele’s former Citroen and Nissan showroom, in Market Street, Abergele, was closed suddenly in March last year after 100 years of trading.

AM reported at the time that a “pension deficit” had led to the sites’ closure.

Speaking at the time, joint administrator Paul Dumbell, said: “In recent months, the Group has experienced severe cash flow pressure driven by continued trading losses, a downturn in new car sales and restrictions on used car finance. This has resulted in facility limits being reached and missed payments to the company’s creditors.

“With no prospect of an upturn in trading, it is our intention to commence a managed wind down of the business.

“Regrettably, we have therefore had to make 68 members of staff redundant, with the remaining staff being retained in the short term to assist us with the closure of the sites.”

Former Slaters of Abergele Citroen and Nissan showroom up for sale

Former Slaters of Abergele Citroen and Nissan showroom up for sale