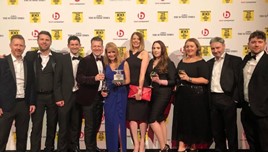 TrustFord and Lookers have has once again been listed as part of The Sunday Times Best Companies to Work For ranking of the UK's top employers.

Lookers was the best-performing dealer group in the 2019 survey, placing 20th, while Ford of Britain-owned TrustFord placed 23rd in the employee voted ranking.

The Best Companies to Work For ranking is judged annually to “recognise excellence in workplace engagement”.

It is measured by direct feedback from individual colleagues across the company’s departments.

Lookers said that the Sunday Times listing "underlined its position as an employer of choice" after it became the only motor retailer to be a named a ‘Top Employer’ by the Top Employers Institute for the third year in a row.

Both accreditations follow a year in which Lookers has focussed on celebrating diversity and inclusivity among its workforce and customer base, a theme that will form the basis of its upcoming Managers Conference.

Lookers chief executive, Andy Bruce, said: “We are immensely proud of the relationship we have with our people and these awards and accreditations confirm that we are very much heading in the right direction.

"People are the life blood of this business and we have made huge strides in ensuring that their needs are met, right across the business, as well as celebrating the differences between us and the how these differences result in unique contributions to our businesses.

“Of course, we will be making further changes over the coming 12 months to ensure that we reflect the changing needs and trends of the modern-day workplace. Being acknowledged by two such highly respected organisations will certainly go a long way to inspire these changes.”

TrustFord said it “continuously invests in the training and personal development of its people at all stages, and recently opened applications for its 2019 apprenticeship intake, which has grown in size for the second year running to 91". 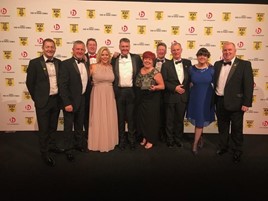 This year, TrustFord is expanding in Scotland, thanks to Ford’s new wholesale parts proposition - Parts Plus.

The company is opening brand new parts distribution centres in Glasgow, Dundee and Aberdeen, as well as Parts Centres in Carlisle, Hull, Lincoln, Preston and Tamworth, enabling a significant recruitment drive in these areas.

TrustFord’s chairman and chief executive, Stuart Foulds, said: “This award recognises the commitment of the TrustFord team to providing an engaging and successful environment for our colleagues.

"A dynamic, talented workforce is essential if we are to remain at the forefront of an innovative automotive sector.

"Even when faced with a tough business climate, we will continue to invest in growing and retaining the best talent who can share in TrustFord’s business success.”

Sharon Ashcroft, HR director at TrustFord, added: “It’s fantastic to once again be listed in the Sunday Times Best Big Companies to Work For.

"It’s a real achievement for the entire team to see so many colleagues taking part in the survey this year, reflecting increasing pride in the business, underpinning our ambition to grow and retain the best people.

"Our goal has always been to foster a culture where everyone feels motivated, valued and rewarded for their efforts.”

TrustFord to employ 91 apprentices in 2019 intake

TrustFord to employ 91 apprentices in 2019 intake