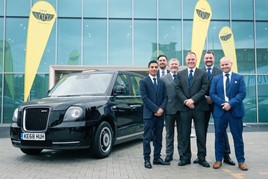 Lookers has joined the London EV Company’s (LEVC) taxi retail network with the opening of a new dealership in Stockport.

The Geely-owned hybrid electric vehicle (EV) manufacturer followed-up its appointment of Endeavour Automotive in Chiswick and Taggarts Motor Group in Glasgow during April with the announcement that fellow AM100 group Lookers would operate a franchise on St Mary’s way, Stockport.

All three facilities have been aligned with nearby Volvo dealerships in their respective city's, allowing the retail groups to offer aftersales support with technicians trained across the two brands, which share many components.

Lookers' new premises in Stockport will provide full sales and aftersales support to hackney carriage taxi drivers in the area. 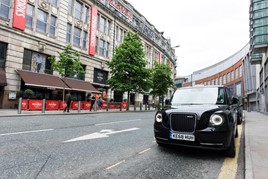 A two-day ‘TX Discovery Event’ is being hosted by Lookers today and tomorrow (June 5 and 6) to mark the new business’s official opening, encouraging taxi drivers to learn all about the TX Electric Taxi and speak to experts from LEVC.

LEVC’s TX taxi is a plug-in hybrid range-extender electric vehicle originally designed to comply with Transport for London’s Taxi Private Hire regulations, which, from January 1 this year, meant that any taxi driver applying for licence has to have a zero emissions capable vehicle.

This will eventually lead to the phasing out of all diesel taxis in London.

In February, GMCA (Greater Manchester Combined Authority) announced plans to introduce a clean air zone across all 10 of Manchester’s local authorities by 2021.

Under current plans, vans and taxis are set to be charged £7.50 per day when operating within the clean air zone.

LEVC believes that taxi drivers can save up to £110 per week in fuel savings alone by moving into a hybrid-powered TX taxi. 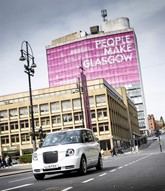