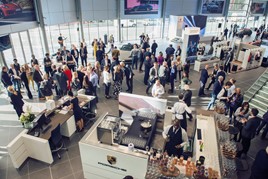 The new 43,000 square foot centre, located at the junction of Watery Lane and Strand Road, Preston, features a 35-car showroom and a 13-bay workshop and had initially opened its doors to customers in April.

But Porsche Cars GB managing director Marcus Eckermann was among a crowd of special guests invited to officially mark its addition to the brand’s network at the event last Thursday (June 13).

Football pundit Mark Lawrenson was also among the guests at the event. 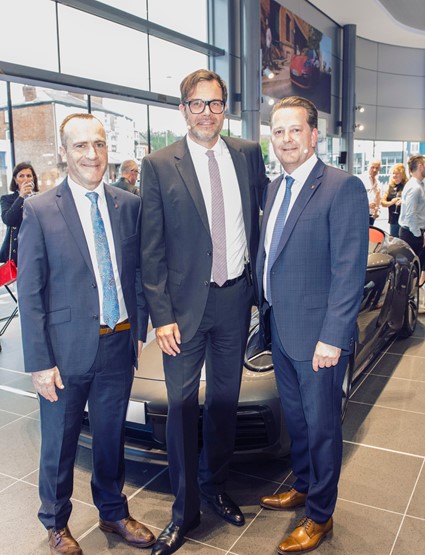 Speaking after the new centre’s April opening, Bowker Motor Group chief executive, Paul Bowker, said: “It has been exciting to watch the transformation on the site since we announced the award of the franchise in September 2017.

“We’re delighted to be open. And can’t wait to share the incredible Porsche retail experience with Lancashire motorists.”

All Porsche retailers must be equipped with EV facilities as the brand awaits the arrival of its first full EV, the Taycan sports car.

Work on the Watery Lane now occupied by the new Porsche Centre began in July 2018.