Pendragon appoints former JD Sports director to its board 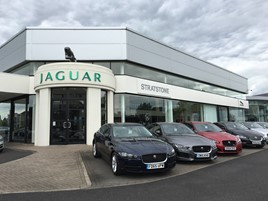 Brian Small, who retired as JD Sports Fashion's chief finance officer in 2018, has been appointed to Pendragon's board as an independent non-executive director.

The car dealer group, which trades as Evans Halshaw and Stratstone, remains without a permanent chief executive following the aborted hire of Mark Herbert in spring 2019 as a replacement for long-serving leader Trevor Finn.

Small is also a non-executive director of online retailer Boohoo and of Mothercare.

His appointment ends Pendragon's search for a successor to Richard Laxer as chairman of the car dealer group's audit committee from January 2020.

Small, who qualified as an accountant with PWC in 1981, will also serve on Pendragon's nomination committee and remuneration committee.

Pendragon’s interim executive chairman, Bill Berman said: “I welcome Brian and look forward to working with him on the board of Pendragon.

"He has an extensive track record and considerable experience from his career in business, and I am confident he will make a positive contribution to the board as we continue to take the business forward.”

Having been the UK's largest motor retailer until 2016, Pendragon has been contracting this year, closing one in three of its CarStore used car sites and shutting or selling off a number of its franchised dealerships.