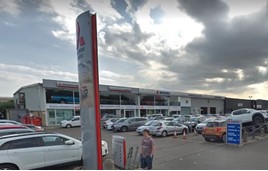 New Mitsubishi and Suzuki dealerships are set to open in Cardiff next year after franchisee Jenkins Garages went into administration and closed its sites with the loss of 30 jobs.

One former employee who spoke to the publication claimed that staff were informed of the move on the afternoon of November 26 and were told that the company was closing that same night.

A statement currently posted on the Jenkins Garages website thanked staff and customers for their loyalty to the business and said that both Mitsubishi and Suzuki brands would return to Cardiff at new locations in the New Year, but made no mention of the administration process.

Speaking to AM today, Russell Jenkins, managing director of Jenkins Garages, said: "We took the decision to close after running our budget numbers for next year.

"With the state of the market coupled with significant supply problems it showed a heavy loss for next year which we weren’t prepared to stump up.

"It’s a real shame as both franchises have good elements to them."

Jenkins insisted that the group's service plan customers would not be left out of pocket by the closure of the the two franchised sites, as suggested by some comments in the Wales Online report.

He said: "The service plan customers haven’t been left out of pocket these are being covered by the manufacturers and new dealers to ensure a smooth transfer.

"We and they didn’t want to pay them back as VAT had already been paid to HMRC on them which meant that customers would have lost out by 20%.

"Going to the new dealers will ensure they get it all plus they then get control of that customer going forward."

Jenkins insisted that “the asset and intellectual property sale is still going ahead” for both the Mitsubishi and Suzuki franchises in Cardiff.

He added that "Most of the staff have already found new employment."