Lookers will close a further 12 car dealerships and make up to 1,500 redundancies as part of a restructure plan targeting annual savings of £50 million.

Eight months after the group announced followed-up a profit warning with its "portfolio consolidation" plan to close 15 dealership locations, the extend of cuts at the AM100 2019’s number two car retail group revealed more sweeping cuts in a trading update published today.

With a Financial Conduct Authority (FCA) investigation into the business underway and the findings of a fraud investigation which was expanded to encompass all the group’s divisions now awaiting publication, Lookers said that said that stringent steps would now have to be taken “to sustain and protect the Lookers business”.

Lookers chief executive, Mark Raban, said: “We are pleased to have reopened our dealerships and have been careful to do this in a way that is safe for our customers and colleagues. 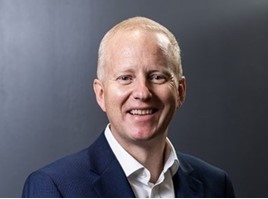 “At the same time, we are having to reflect on the outlook for the group and how we must adapt to ensure a positive future in what is likely to remain an uncertain economic and industry environment.

“Against this backdrop we have taken the decision to restructure the size of the group’s dealership estate to position the business for a sustainable future, which regrettably means redundancy consultation with a number of our colleagues.

“This has been a very difficult decision and we will be supporting our people as much as possible throughout the process.”

Lookers' announcement is the latest indication of the group's difficult trading situation and comes less than three months after the resignation of chief operating officer Cameron Wade as share prices at the AM100 car retail group declined to a record low.

Last month the group also hit the headlines as Pendragon confirmed that merger talks with the group had fallen down.

Despite the content of today's trading update, Lookers share prices have recovered from an all-time low of 11p in mid-March to 25.5p this morning. That figure remains well down on December 2015's 185p, however.

A total of 12 dealerships have already been identified for closure, the group said today, and it will await the results of consultation with staff to establish the full extent of redundancies.

The group, which still hopes to publish its 2019 annual financial results this month, reported net debt of £57m at the end of May, with a facility of £250m and property portfolio with an adjusted net book value of £325m at December 31, 2019.

It said that discussions are progressing with banks to agree amendments to covenants under its revolving credit facility.

In response to the COVID-19 lockdown period the group initially closed all its facilities, before the April re-opening of 41 aftersales locations to provide essential repairs, parts and maintenance to key workers' vehicles.

On May 18 it implemented a new contactless vehicle handover and delivery process and was subsequently able to fulfil almost 4,000 new and used retail vehicle orders during lockdown.

The trading update said: “In the last two weeks, the Group has taken retail orders for 2,865 new and used vehicles which on a like-for-like basis represents approximately 51% of sales for the same period last year.”

The Group had approximately 66% of its total current colleague base (over 8,100 staff) remaining on furlough at the end of May but expected that this would reduce to approximately 55%.

Raban said: “We have used the time as the business has been closed to adapt and evolve to meet changes in consumer behaviour, not just for a post-COVID environment, but also to enhance our digital offering and the trend towards electrification.

“We will also ensure that our systems and processes are reliable and robust enough to position us as a leading UK motor retailer.

“There is still a lot more work to do, but we have the determination, platform and brand partnerships to take the business forward.”

On 10 March 2020 the Group announced a delay to the publication of its 2019 financial results due to the identification of potentially fraudulent transactions in one of its operating divisions.

Grant Thornton LLP undertook an investigation which was later extended across all operating divisions to ensure the completeness of the review.

In today’s statement Lookers said that the investigation is now nearing completion, adding that Grant Thornton have produced a draft report which is now under review and verification by the board.

It said: “The initial findings of the investigation have highlighted areas where financial controls require strengthening to prevent a repetition of such accounting irregularities in the future.

“In addition, the investigation has highlighted the need for Lookers to further strengthen some behavioural and cultural aspects relating to its control environment. Robust remediation activity is in progress.”