Lookers will expand its internal fraud investigations to its entire business after initial findings from one of its operating divisions resulted in an expected one-off charge of over £4 million in its 2019 financial results.

In a trading update published via the London Stock Exchange today (April 24), Lookers said that the investigation – conducted in conjunction with Grant Thornton LLP – had so far identified certain misrepresented debtor balances in respect of bonus receivables together with a number of fraudulent expenses claims.

“These items are expected to give rise to a one-off, non-cash charge, in the 2019 financial statements of circa £4m”, it said today, adding that the investigation had now been extended into all its operating divisions “At the request of the board”.

While this investigation remains ongoing to travel restrictions brought about by the current COVID-19 coronavirus lockdown, Lookers said that its initial findings have identified other operating divisions where “certain non-cash balance sheet accounts have not been fully reconciled, in accordance with group policy”.

Lookers said that these items were expected to give rise to a one-off, non-cash charge.

It added: “While the aggregate impact of the fraud investigation is not yet known, the board currently anticipates that the Group will still be profitable for FY 2019 on an underlying PBT basis.”

As AM reported on today's trading update, prices had recovered to 21.05p following a COVID-19 market shock on March 20, which saw prices dip to just over 11p.

Within today’s update, Lookers also revealed the progress of the dealership closures and other cost-cutting measures announced in November last year.

Its statement revealed that the closure of the 15 sites identified for closure back in November is now largely complete, freeing-up nine freehold sites.

The group has sold seven sites, generating proceeds of £17.6m in 2019; the remainder, along with other surplus freehold properties, will be sold during 2020.

In the two-month period ended February 29, 2020, Lookers recorded a like-for-like decline in new vehicle unit sales versus last year of 4.8%.

Like-for-like unit sales of used vehicles declined by 2.6% in the same period as like-for-like aftersales revenue was up by 0.9%.

In addition to the vehicle sales volume decline the group also suffered margin pressure primarily driven by a management decision to reduce its holding of aged used and demonstrator inventory, it said.

However, this was partly offset by a reduction in operating costs through a series of management actions, including a headcount and recruitment freeze.

Lookers said that its staff headcount is currently 6% below the level at the November start of the initiative.

A total of around 7,000 Lookers employees have now been placed on furlough as part of the government’s Coronavirus Job Retention Scheme (CRJS).

All Lookers dealership locations were initially closed following the start of lockdown measures on March 23, but 31 locations were subsequently re-opened to provide essential repairs and maintenance to key workers' vehicles, along with 10 parts distribution centres.

Commenting on the current situation in today’s trading update, Raban said: “These are challenging times and on behalf of everyone at Lookers our first thoughts remain for those impacted by the virus and those serving on the front line. I want to thank all my colleagues who have been furloughed for their patience and understanding during a difficult time for all.

“We are also continuing to take prudent steps, with the support of our major stakeholders, to ensure that the business returns to full operation in the best possible condition.”

Net debt on a cleared funds basis as at the date of this announcement is approximately £65m, it said. The Group's £250m revolving credit facility with five banks expires in March 2022.

In an operating outlook statement, the group said: “Given the ongoing uncertainties resulting from the covid-19 situation the Board continues to believe that it is too early to make any reasonable estimate of the financial impact on the Group during 2020 and beyond. 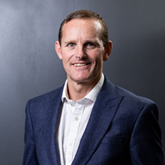