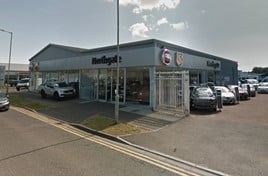 The lack of a succession plan has resulted in the closure of Canterbury’s Northgate Garage Group after more than 50 years trading in the city.

The FCA Group franchisee, which sold new Fiat and Abarth vehicles from its site on Vauxhall Road, Canterbury, did not re-open after the March 24 lockdown and an interview Kent Online revealed that a total of 21 staff members would lose their jobs as a result of a permanent end to trading.

Business owner, Peter Hinkins, told the publication that the decision to close permanently had been taken “fairly soon after” lockdown as he prepared for his retirement without a successor to take the business one.

The business had been launched by his parents Jack and Thelma in 1968, with Hinkins joining the business full-time four years later.

But he told Kent Online: "It ends here," he said. "I've got two children but they took a different route. I warned them off the motor trade - it's too up and down.”

Northgate had opened an MG franchise in Canterbury back in 2015, but the franchise moved to FG Barnes less than three years later.

Last week AM reported that Pentagon Group had cut its ties with the FCA Group with the closure of its dual-brand Alfa Romeo and Jeep dealership in Doncaster.

The group said in a statement issued to AM today (June 19) that the Wheatley Hall Road site - opened by the group back in October, 2015 - had become “unviable” following recent forecasts for new car sales in the UK, combined with the challenges posed by the COVID-19 coronavirus crisis.

The Derbyshire-based AM100 car retail group said that it would do all it could to assist the 17 staff members who find themselves “caught-up in this closure”, however.