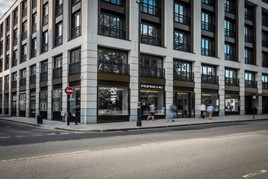 AM reported last week that the Porsche in Great Britain-owned AM100 car retail group would complete its move from its former showroom at Berkeley Square to the new Porsche Centre location on Clarges Street, Piccadilly, on August 10.

Yesterday (August 10) Porsche Centre Mayfair opened its doors with an initial guided tour for customers delivered via an official opening video to be streamed online at 10am.

Speaking to AM as the group announced 1,800 job losses last month, Pendragon chief executive Bill Berman, said that, despite his group’s recent cost cutting measures, "If I could open another 10 Porsche Centres of 20 Ferrari stores I would."

Porsche Retail Group’s new Mayfair retail location marks a number of firsts for Porsche in Great Britain. It is the first Porsche Studio, at just 795sq-m, and also features the first Porsche Design store to be homed within a Porsche Centre.

A press release issued by the brand described the new Porsche Store as “a futuristic showroom concept”, adding that the “new space that goes beyond the traditional showroom format by offering a wide range of experiences”. 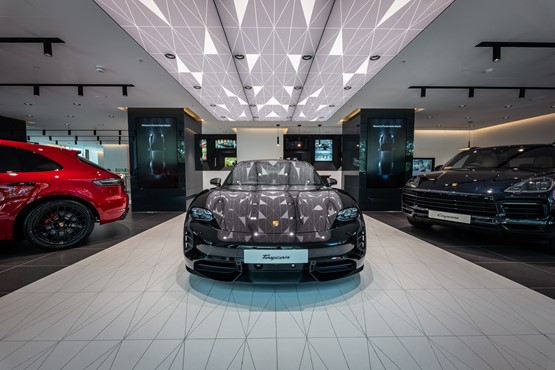 Features of the new facility include a basement café area, while an LED wall and interactive screens bring enhancements to the customer experience and configuration process.

Porsche Retail Group managing director, Adam Flint, who was appointed to his current role back in February, said: “We’re very proud of the new Porsche Centre Mayfair as it represents some significant firsts for our market.

“Realising such a complex project, especially during a year which has presented so many global challenges, is testament to the dedication and hard work of everyone involved.

“Greg Hardy-Smith (centre principal) and his team are all extremely excited about getting settled in and delivering a new level of Porsche experience for our customers, many of whom remember our early days in Berkeley Square.

“We’re pleased to say that not only will we be taking all our existing team over to the new site, but they’ll be joined by new positions created by our expanded operation, such as the Porsche Design store.”

Porsche’s statement said: “This makes it the 11th Porsche Studio in the world and an important pillar of the Future Retail strategy of the sportscar manufacturer.

“The immediate surroundings of the Centre are home to London’s largest concentration of 5-star hotels, Michelin-starred restaurants and some of the world’s most famous destination shopping addresses.

“Fittingly, the new Centre is the first in Great Britain to feature a Porsche Design store, complementing the stand-alone store in Knightsbridge.” 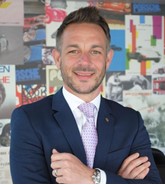