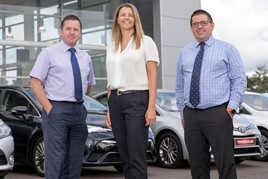 Shelbourne Motors has marked the first anniversary of the opening of its £5 million multi-brand car dealership in Newry with a 20.5% increase in pre-tax profits in its 2019 annual financial results.

The Portadown-based car retail group, featured in a recent AM car dealer profile, saw its profit before tax rise to a record £1.37m as turnover rose by 23.4% to £49.4m following expansion into the Newry facility last year.

Shelbourne’s move into the new three-storey, 50,000sq-ft facility, on Armagh Road, which houses Renault UK, Dacia UK and Kia Motors UK franchises, alongside the group’s AutoSelect used car offering brought a 25% increase in the group’s workforce last year, with 150 full-time and part-time staff across its Portadown and Newry sites.

But the expansion has paid off, with three months of operations at the new site in 2019 financial year adding 3% to the group's annual sales turnover.

Shelbourne Motors financial director, Caroline Willis, said: “The Newry facility was not forecast to make a profit in the first year of operation, in-line with many newly-opened motor retail franchise businesses, so to be able to record a 17% increase in annual profits is a testament to the strength and growth of our brand. 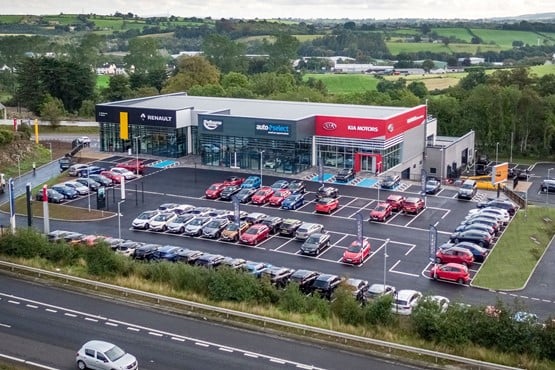 “Our 2019 performance has strengthened our position as one of Northern Ireland’s leading vehicle retailers, and I would like to thank the hard work and commitment of our dedicated teams across Newry and Portadown who continue to deliver exceptional service to our loyal and ever-expanding customer base.”

Shelbourne reported in its annual financial results statement that its Toyota franchise in Portadown had delivered a £2.4m increase in turnover in 2019, following a “difficult 2018”.

The number of sold hours in its workshops rose by 6% during the year, meanwhile.

In a statement issued this week, the group said that it had “bounced back” from the COVID-19 coronavirus lockdown, after Northern Ireland car retailers re-opened thier doors on June 8, to record a strong sales performance over the summer in new and used cars, as well as after sales services.

Shelbourne Motors sales director, Paul Ward, said: “We have seen significant growth in both new and used cars since the re-opening of the showrooms in June.

“We are trading ahead of expectations and are very optimistic that this trend will continue.

“New car offers across our brands are very strong and we have seen a real demand for EV/Hybrid models, which is a change to the traditional diesel market.”

How Shelbourne Motors is making a multi-brand dealership work

How Shelbourne Motors is making a multi-brand dealership work