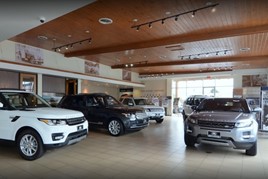 Pendragon has completed the process of selling off its US-based Hornburg car retail division with the sale of its Jaguar Land Rover (JLR) dealership in Santa Monica, California.

The completion of the final transaction in a series of US car dealership sales, for a sum of £10.8m, means that the AM100 PLC has raised proceeds of £106m through its withdrawal from the US market.

An agreement to dispose of the JLR franchise in Santa Monica was originally announced back in December and was officially completed, to dealer group Redwood Automotive, on March 29.

Disposing of the US-based car retail sites that Pendragon has operated for two decades will free up vital resources which should allow it to fully refocus on plans rebrand and restructure its Car Store used car division while driving digital innovation in a new growth strategy.

Those were the central priorities of a new strategy set out by the group last September as it targeted the delivery on an underlying profit before tax of £85m to £90m by 2025.

Last month AM reported that the group had successfully completed the £16.3m sale of its Hornburg JLR dealership in Los Angeles, California.

Pendragon founder and former chief executive, Trevor Finn, initially announced his plan to dispose of its US-based Hornburg Group business back in December 2017.

The strategy aimed to deliver the disposal of its five franchised outlets – with Jaguar Land Rover, Aston Martin and Chevrolet – in the US alongside a reduction in the representation of premium franchises which fall within its Stratstone business on UK soil.

In statement issued via The London Stock Exchange at the time, Finn said: “Following our strategic review, we have focussed on reshaping the business to accelerate transformation and ensure capital allocation is optimised across the group.

“The actions I am announcing today are a further step towards achieving our strategic objectives.

“I believe this strategy will provide more reliable and sustainable returns.”