Martin Potter, Aston Barclay’s MD-Customer, said: “Arnold Clark has welcomed our new hybrid remarketing strategy as we know the physical element is an important part of making purchase decisions. Physical buyers like the type of part exchanges that make up this stock, and as a result we have seen strong conversion rates.

“We are pleased to work with the Arnold Clark group and the dedicated Prees Heath sale opens up its used stock to a host of new physical buyers in the north-west. We look forward to a successful launch sale.”

In April, Aston Barclay reported that an unexpected number of dealers returned to auction halls, with some turned away in order to maintain social distancing. The company had previously said that digital auction would likely replace the majority of physical sales.

The first sale, made up of part exchanges from across Arnold Clark’s 200-strong UK dealer network, will take place on July 1.

Arnold Clark has been selling through the Aston Barclay auction network since 2019 and has built up a strong following with buyers. 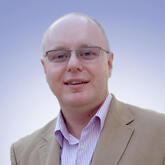