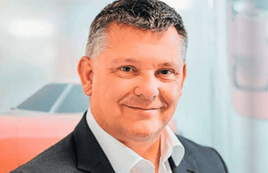 Inchcape chief executive James Brearley will leave his post at the end of this year to “to take up a new challenge”, a statement from the AM100 car retail PLC has revealed.

Brearley is set to depart the business almost five years after he joined the business following a period working as a consultant after his departure from Pendragon, where he had been managing director of its Stratstone premium division and Chatfield’s Trucks.

News of his departure comes just weeks after a High Court judge concluded that Brearley appeared prepared to “tell untruths” after dismissing a case that a law firm’s negligence prevented him from opening a Jaguar Land Rover (JLR) dealership in Wolverhampton following his 2015 departure from Pendragon.

Speaking to AM last month Brearley said that he would make no comment on the outcome of the case, describing the issue as “a personal matter”.

In a statement issued this morning (November 12) Inchcape revealed that Brearley would be departing his CEO role at the end of this year “to take up a new challenge” after completing the implimentation of a five-year business strategy first revealed in 2017.

George Ashford, currently group chief transformation officer, will take on the CEO role on an interim basis, it said.

Ashford has led a number of significant businesses at Inchcape in Europe, Australasia and latterly APAC.

Inchcape Group chief executive, Duncan Tait, thanked Brearley for his contribution to Inchcape and the implementation of a restructure, which was the subject of a recent in-depth profile feature with AM.

During his time with Inchcape Brearley has implemented a new five-year plan focused on overhauling the business operating structure, digitalising the customer journey, and maximising the used car opportunity.

In the recent feature with AM, Brearley detailed how the group was now establishing a 20-site used car retail division as the stratgey evolved with the priority of “dominating” local market areas.

Tait said: “I am grateful to James for his contribution to Inchcape over the years, and particularly for his work with me in the past year on the development of our new strategy.

“I am pleased that George has agreed to assume leadership of our UK business and I look forward to working with George and the rest of the team at what is an exciting time for the business.”

Brearley said: “I am delighted that I leave the business in excellent shape, with all brands performing in the upper quartile of the composite and OEM scorecards.

“This significant achievement is due to the hard work and commitment of a great team of people throughout the business.

“I am proud to have worked with this team and wish all of them continued success, as I do the wider group.” 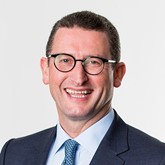