Vertu Motors will take over from Arnold Clark as Toyota GB’s franchised car retail group for the West of Scotland – creating four new car dealerships to serve the brand.

The AM100 PLC announced this morning (February 16) that its Macklin Motors division would be opening the first of the four new Toyota franchises, at Darnley, South Glasgow, on April 1.

It will be Vertu’s fourth Toyota dealership, adding to existing sites in Chesterfield and the Leicester and Loughborough businesses added through the £9.2 million December acquisition of Farmer & Carlisle.

News of the group’s appointment comes days after reports that Arnold Clark had been issued termination notices for its Toyota franchises in Aberdeen, Ayr, Paisley, Stirling and two in Glasgow. 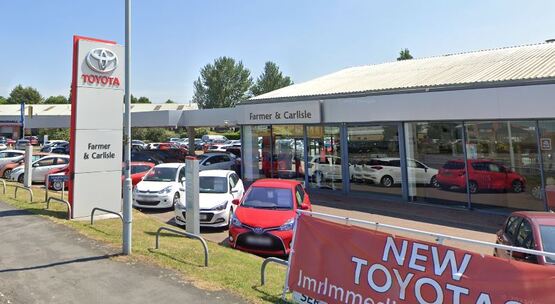 Vertu Motors chief executive, Robert Forrester, said: “I am delighted to announce our expansion in Scotland and the addition of Toyota to Macklin Motors.

“Toyota is a world-renowned manufacturer that we’re delighted to represent. We have confidence that its investment and wider strategy will make it one of the most successful automotive manufacturers in the UK in the coming decade.

“The addition of these dealerships augments the group’s representation in Scotland under the Macklin Motors brand and expands our operational footprint there.

“It also demonstrates our confidence in both the future of the automotive retail sector and in Scotland’s economy.”

Paul Marshall, Toyota GB’s general manager of network development, said: ‘We are delighted to be expanding our operations with Vertu Motors through their Macklin Motors operation in this key geographic region, and are looking forward to developing several new exciting facilities for our customers.”

Last month it brought together MG, Kia and Peugeot sales and servicing at a newly-developed £5m Edinburgh showroom.

It has recently expanded its range with the introduction of the new Yaris Cross and Aygo X crossovers and is poised to welcome its first fully-electric vehicle (EV), the bZ4X SUV, to its line-up.

The brand is also developing new mobility solutions through the Kinto brand.