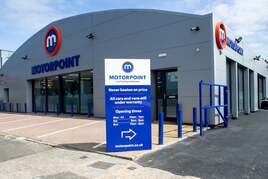 Motorpoint has expanded to 17 used car retail locations with the opening of a new, 1.5 acre, 120-vehicle dealership in Portsmouth.

The opening of the new location by the Mayor of Portsmouth, Councillor Frank Jonas, along with Mayoress Mrs Joy Maddox JP, is the latest step in the business’s ambitious a mid-term growth strategy aimed at taking its annual revenues to £2 billion.

Used car supermarket specialist Motorpoint revealed in June last year that it planned to add a further 12 retail sites – on top of a recently-expanded network of 14 locations – in a bid to reach its goal.

The Portsmouth store on the London Road in the Hilsea area, is a multi-million pound investment and was previously a derelict site.

He said: "We are delighted to have opened our 17th store in Portsmouth – a vibrant city with a strong maritime heritage. We are proud to bring our award-winning customer service to the exciting city of Portsmouth.

"Providing our customers with unrivalled choice by offering them thousands of cars that suit their lifestyle and budget is at the heart of what we do.

"Customer surveys show that 93% of our customers agree that we are unbeatable on price, something we strive to be each and every day.

"We are also fully committed to ensuring our customers can find and buy their next vehicle in the way that they prefer – whether that’s at their local store like Portsmouth, buying online or by calling our sales team.”

The opening follows after Carpenter said the £5 million sale of the used car supermarket group’s Stockton site would provide the business with “further firepower” for growth. 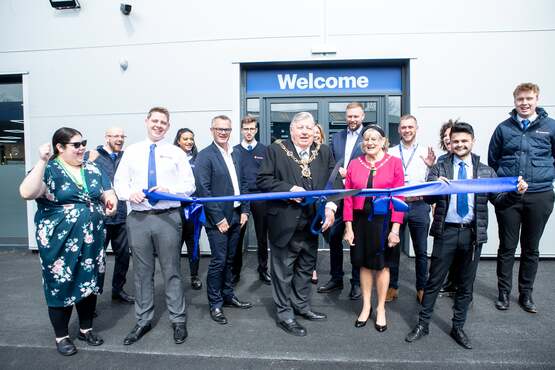 Commenting on the new business's opening, the Mayor of Portsmouth, Cllr Frank Jonas said: “It’s brilliant news that Motorpoint has chosen the great waterfront city of Portsmouth as its first store on the south coast.

"Motorpoint has made a significant investment in the city.

"They are providing jobs and career opportunities which is great for the local economy and have transformed a derelict site in the heart of Hilsea into a space where people can find high quality used cars which are 100% clean air compliant. We are delighted to welcome Motorpoint to Portsmouth.”

In March, Motorpoint's retail footprint expanded to 16 used car retail locations with the opening of a new two-acre, 120-vehicle dealership in Maidstone. The opening, followed five months after Motorpoint Manchester opened its doors.