Guy who laundered cash through his car dealership to lose £1.14m assets 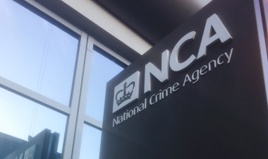 A Yorkshireman who laundered dirty cash through his used car dealership has agreed to forfeit £1.14 million of assets in a case brought by the National Crime Agency.

In its case at the High Court, the National Crime Agency (NCA) alleged Peter Grubisic, 59, from Ilkley, had been involved in serious criminality since the 1990s, including the importation and supply of drugs, money laundering, fraud, and tax evasion.

The NCA asserted Grubisic used his car dealership and property development businesses to launder the proceeds of his unlawful conduct, and that his declared income was not sufficient to fund his property purchases and luxury lifestyle, which included several business class flights to South America.

Following a Civil Recovery and Tax investigation into his acquisition of 10 properties, Grubisic agreed to forfeit £1.14 million of assets, including five buy-to-let properties in the UK; a luxury property in Spain; a property with a development opportunity for eight dwellings; and £249,241 cash held in a bank account.

It was further alleged that Grubisic has links to serious organised criminals in the UK and overseas, including in the Netherlands and Spain.

Rob Burgess, head of civil recovery at the NCA, said: “Taking the proceeds of crime off individuals such as Grubsic can have a significant impact for the local area.

“Through this work we have sent a clear message to the community that no one is above the law, while simultaneously taking away his ability to enjoy the proceeds of crime.”