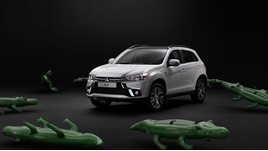 Mitsubishi Motors in the UK has launched the latest phase of its long-standing sponsorship of Channel 4’s Documentaries on 4 television programmes with a series of new adverts.

The series of new ‘idents’, which are screened before and after each advertising slot during documentary screenings on the channel and showcase a new tagline ‘Absorbing Life’.

Mitsubishi’s new adverts feature Outlander PHEV, ASX, Mirage, L200 pick-up truck and Eclipse Cross models and show a series of objects being gradually drawn towards Mitsubishi vehicles before being absorbed into the bodywork.

Toby Marshall, Mitsubishi Motors in the UK sales and marketing director, said: “Sponsorship of Documentaries on 4 is a key part of our marketing strategy and we wanted to create a new set of idents that reflected how each of the models shown can suit anyone’s lifestyle.

“The dramatic and cinematic lighting of the idents also highlights the individual lines, angles and dynamic bodywork of the models featured.” 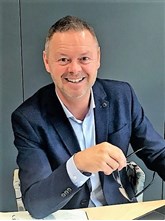