BuyaCar.co.uk has hailed the simplicity, fairness and transparency of online retail as the key to its 53% used car sales growth in Q3 2018.

The online car retailer outstripped the wider used car market, which the Society of Motor Manufacturers and Traders reported as being 2.1% down during the same period, with its record year-on-year sales growth.

And in a statement issued by the business today, it revealed that the first time, a rise in the number of men preferring not to haggle with a traditional dealer is matching that of women.

Austin Collins, managing director of BuyaCar.co.uk, said: “As the traditional market celebrates a year in which the used market has only fallen by 2%, continued rapid growth in online buying points to the internet as the future of car motor retail.

“One of the reasons for that is that online retailers must work harder to win the trust of consumers because the transaction doesn’t happen face-to-face, which makes real transparency and fairness even more important to retailers like us.

“People are also busier than ever, which makes the old way of visiting lots of dealerships to look at cars and haggle with dealers less attractive than the ability to browse from the comfort of your sofa and know that the price you pay is the best on offer.

“But one of the most striking things we are seeing now is that growth is as fast among men as it is for women. We seem to have reached a point where men value the simplicity of an online transaction as much as women when it comes to buying cars.”

BuyaCar.co.uk recently received a Treating Customers Fairly Award at the Digital F&I Conference & Awards 2018 and claims that it is able to better appeal to a generation of “online natives” than traditional car retail operations.

It said in its statement that the number of people who have “lived with internet access their whole lives” were now entering the market for cars, adding: “The dominant age group who choose to purchase on BuyaCar.co.uk are aged 21 to 30 – who typically outstrip all other age groups added together.” 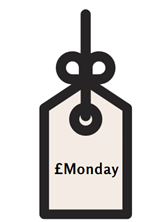