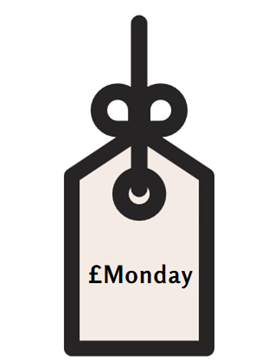 Mondays in the middle of the month are the most popular time to buy a car.

It’s the days when more people put down a deposit for a new car than any other.

BuyaCar.co.uk looked at data on thousands of deposits paid to buy new and used cars from the online motor retail specialist.

Austin Collins, managing director, said: “Why the second or third Monday in any given month sees more down-payments than any other time remains a mystery – but the effect is repeated every month.”

On average, Monday sees 21% more deposits paid to seal a new car deal online than on Saturdays – the busiest day of the week for traditional ‘bricks & mortar’ car dealers.

But there is also always a significant increase in the second or third week of any month, before falling back in the last Monday of the month.

Typically there are 10% more deposits placed on a new or used car in the second and third weeks of any given month than during the first – and 20% more than during the last week.

“You might expect Mondays to be a day when people are focused on returning to work but our figures suggest that’s also when the energy to make a decision and place the order for a car is highest for most buyers,” said Collins.

“The most likely explanation is that people spend their weekends researching the market and narrowing down their options and get into decision mode at the same time as the working week begins.

“In some industries, such as leisure, it’s well known that the last Friday in a month is busy because many people are paid around then.

“So perhaps the last Monday in the month sees most people waiting to be paid and therefore not in a position to spend relatively large sums like the deposit on a car.

“But, whatever the reason, the effect is real and it could prove useful for the motor retail industry in general to learn that consumers are possibly more decisive around the middle of the month than at other times.”