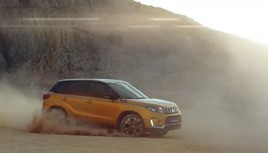 A Suzuki Vitara television advert which showed a driver smiling broadly as he steered the SUV onto an off-road track and selecting ‘sport’ mode did not encourage reckless driving, the Advertising Standards Authority (ASA) has found.

The ASA refused to uphold a compliant from a member of the public which suggested that the advert’s main protagonist, who ends the driving sequence on a gravel area where “a ‘doughnut’ manoeuvre had been performed previously” condoned irresponsible driving.

Suzuki’s television advert, which was seen on January 8, showed a car being driven through the streets of a city, then over a bridge and into the countryside, by a man, the ASA said.

A voice-over, using a child’s voice, stated, “I’m 36, I’m a husband, a manager, and still very good looking. In two hours I have the most important meeting of my life”. 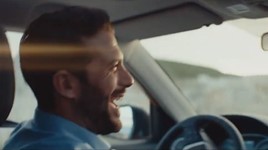 The voice-over then stated, “But first it’s time to play”. The driver appeared to select “sport” mode and the car was shown being driven off a road and onto a dirt track while the driver laughed.

The car was driven up a hill through a rocky, dusty terrain and was shown driving in a circle, where it appeared that a “doughnut” manoeuvre had been performed previously, before returning to the road. The voice-over stated, “The new Suzuki Vitara”, on-screen text stated “TIME TO PLAY”.

In its response to the compliant, Suzuki said that the driving in ‘sport’ mode had occurred in an area which was clearly away from public roads and added: “The shot of the driver laughing or smiling was brief and indicated the driver’s pleasure in driving the car and enjoying the experience of driving it in “sport” mode, rather than suggesting he was driving unsafely or that he was excited by extreme manoeuvring.

“The car did not break any speed limits, nor was it travelling at speeds which were unsafe or excessive. None of the language in the ad referred to speed, acceleration or power.”

Recording its published findings, following an investigation of the advert, the ASA said that the scene did not counter the overriding impression that the car was being driven responsibly.

It added: “Because we considered that the ad did not condone or encourage dangerous or irresponsible driving, we concluded that it did not breach the (BCAP) Code.”