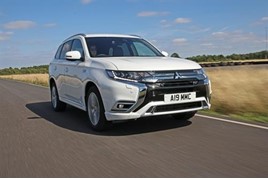 The Advertising Standards Authority (ASA) has rebuffed complaints against a Mitsubishi television advert which accused the manufacturer of over-playing the EV element of its Outlander PHEV SUV.

The ASA ruled that the Colt Car Company, trading as Mitsubishi Motors in the UK, had no case to answer after it received two complaints which challenged whether “the ad misleadingly implied that the car was mainly electric when they understood it primarily relied on petrol”.

In response tpo the complaints against the broadcast, Mitsubishi said that the beginning of the ad informed viewers that the vehicle was a plug-in hybrid vehicle with the question.

Furthermore, Mitsubishi said that the name of the vehicle included the acronym PHEV (Plug-In Hybrid Electric Vehicle), which informed consumers of the vehicle category and avoided the confusion that the vehicle was purely electric.

The ASA said in its ruling that it understood that the complainants believed the ad was misleading because the repeated emphasis which was place in the voice-over on the phrase “it's electric” implied that the vehicle was fully electric rather than a hybrid vehicle.

However, while acknowledged the repeated references to the electric feature, it noted that the ad began with a question in the voice-over “What is the new Mitsubishi Outlander plug-in hybrid?” followed by the answer “It's electric and petrol power combined”.

In addition, the ad included a scene of a petrol pump as well as the claim “it’s electric and delivers up to 159 miles per gallon”, reinforcing the fact that the vehicle was hybrid rather than electric.